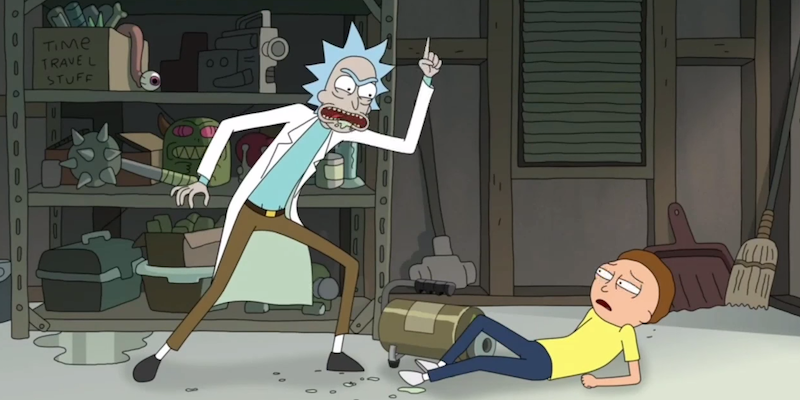 It comes from a dimension where it's always 1998.

You have to hand it to the people at McDonald’s on this one. At the very least, Rick and Morty series creator Justin Roiland has to give the fast food restaurant plenty of credit.

On his Twitter account this week, Roiland revealed that McDonald’s has actually delivered on one of his titular characters’ wildest dreams, or as he once put it, his “one-armed man.” Namely, a big jug full of the same Szechuan sauce the fast food giant used for the release of Disney’s Mulan in 1998.

The show went a lot further with the creative prop work than it had to, as well. In the show’s third season, it’s revealed that Rick Sanchez―the erratic, adventurous, time-traveling grandpa of Morty and Summer Smith―has a somewhat deranged fixation on the limited-run McNugget dipping sauce, revealing in a rambling monologue that all of his actions have been motivated by the singular desire to taste it again.

Roiland, however, does not have to wait a moment longer to fulfill his title character’s goal. It seems McDonald’s sent him a big jug full of the stuff, inside a bright orange case labeled “Dimension C-1998M,” and complete with a placard explaining the gift.

“We’ll spare you the physics, but turns out, Dimension C-1998M is a place where it’s always 1998,” the note reads. “1998 every day. No smartphones, no social media. It’s a weird, scary place. But they’ve got Szechuan Sauce on the regular menu.”

Rick’s obsession with the sauce, which was first revealed in the premiere of Rick and Morty‘s third season, is no fleeting or casual obsession. To the contrary, he describes the search as “my series arc,” proclaiming he won’t stop “if it takes nine seasons.”

The note that Roiland received with the jug of sauce seems to imply that the general public will get another shot at the stuff, too.

“A few lucky fans will also get to experience the glory,” it says, “but the first bottle in this dimension is for you.”