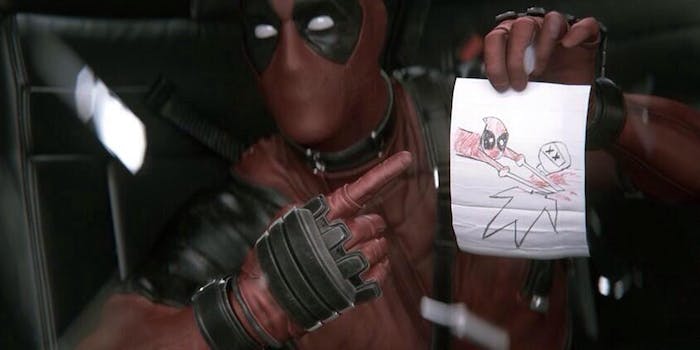 Can Twitter help get ‘Deadpool’ out of preproduction purgatory?

In less than a day, almost 30,000 Twitter users have chimed in to say they want a Deadpool movie. Are you listening, Hollywood?

It should come as no surprise to anyone, but almost 30,000 tweets in 21 hours has made it clear: The only thing the people want more than a Black Widow movie is a Deadpool movie.

Stories of that leaked test footage you saw last week with Ryan Reynolds playing Wade Wilson, a.k.a. Deadpool, have been greatly exaggerated. It’s true that a script has been kicking around 20th Century Fox for years, but although Deadpool’s cult following has grown tremendously in recent years, aided in part by his growing popularity as a cosplay character, there’s no green light on the horizon.

So yesterday, buoyed by buzz around the test footage, screenwriter Rhett Reese decided to test the waters. Reese is one half of the writing duo for the Deadpool script, along with fellow Zombieland collaborator Paul Wernick.

Team Pool needs your official ‘vote’ of support. Let’s break the internet. RETWEET if you would buy a ticket to the DEADPOOL MOVIE.

What he got in response was more than a little wild enthusiasm.

@RhettReese You make a movie with the feel of that test footage and you can take my money, my first born, and my rectal virginity.

@RhettReese I’d bankrupt my 401k to buy out a theater for one viewing and just sit and cry tears of joy.

Of course, not everyone was happy about the prospect of the film. Most of the complaints came from Deadpool fans unhappy with the prospect of seeing the Mighty Merc onscreen in a watered-down PG-13 form. Many fans believe that the primary difficulty in getting studio approval for the film is the adult nature of the film, and its slightly psychopathic anti-hero.

However, Rob Liefeld, the co-creator of Deadpool along with Fabian Nicieza, recently tweeted that an R-rated script had never been under consideration, and that while the Reese/Wernick script was “brilliant,” it was always going to get a lower rating.

All you who want to die on the R rated hill, we will replace you with equally enthusiastic teenagers. Deadpool can’t be stopped.

Yet Liefeld also cautioned getting too eager. In further tweets on the subject, he stated, “My 1 [kernel] of optimism is that DP will happen eventually, 5-6 years, and as frustrating as that sounds it would still be faster to [arrive on-screen than] Spidey, X-Men and [Fantastic Four].”

So settle in for the long wait, folks. Meanwhile, in case you missed the early leaks of the test footage, here it is again in, in higher quality.