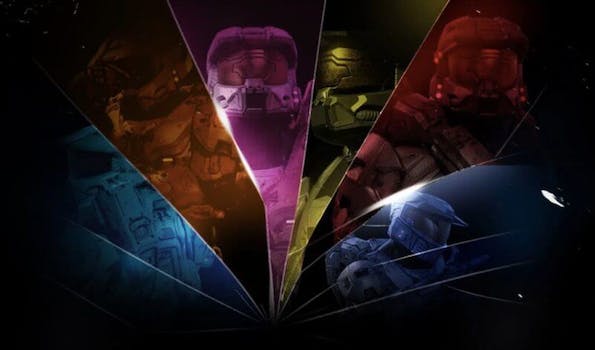 Why you should be watching ‘Red vs Blue’ on Netflix

Do you ever wonder why we're here?

Do you ever wonder why we’re here? Pop on a few episodes of Rooster Teeth’s Red vs Blue, and you’ll receive an answer … of sorts.

Rooster Teeth’s first-ever series debuted in 2003 to a relatively bare audience. After more than 16 years, however, it has built up a passionate, dedicated fan base. Red vs Blue is the longest-running episodic web series ever. Its voice cast members have later been featured in productions including Red Dead Redemption and several Halo releases. Most importantly, it has everything you could want out of a comedy series. It’s charming, off-beat and crass in a way that few comedic shows have the courage to be.

For those not already watching RvB, here’s why you should tune in.

Why you should be watching Red vs Blue

Almost anyone with a sense of humor will find the hilarious, incredibly quotable Red vs Blue worming its way into their hearts in no time. Part It’s Always Sunny in Philadelphia, part Star Trek with a healthy dose of South Park thrown in, ultimately, RvB is its own unique brand of comedy gold.

The premise behind Red vs Blue is quite simple. It follows two teams: Blue Team and Red Team. Blue Team consists of Church, Tucker and Caboose, and Red Team has Sarge, Simmons and Grif. They are intensely incompetent soldiers stationed in a remote location far away from the action of an ongoing intergalactic war. RvB is ultimately about friendship, perseverance, humanity, and, mostly, biting jokes. Or, if you want to go with the description on RoosterTeeth.com: “In the distant future, two groups of soldiers battle for control of the least desirable piece of real estate in the known universe: a box canyon in the middle of nowhere.”

Red vs Blue is on Netflix, people.

You don’t have to wait for ages or muddle through ads to enjoy this binge-able gem. The first 13 seasons—which you can watch as movies with occasionally confusing breaks by Netflix—are available to stream for viewers with a subscription. For you strange creatures living without a Netflix account, you can enjoy RvB without shelling out a monthly subscription. All 17 seasons are available to view on Rooster Teeth’s website. You can also flip over to the Rooster Teeth Animation YouTube channel to enjoy the first 16 seasons.

Character-driven series are, in my humble opinion, the best shows out there. If you can claim Red vs Blue is anything at its core, it’s character-driven. While there are plenty of intriguing storylines throughout its 17 seasons, often the best part of the show is just characters standing around. That is how it started, after all.

Despite their bad attitudes and blatant flaws, you can’t help but fall in love with these characters. The majority of the RvB follows characters played by Burnie Burns, Geoff Ramsey, Gus Sorola, Dan Godwin, Matt Hullum, Jason Saldaña, and Joel Heyman. Though they began as simple characters with little depth, the Reds and Blues have evolved immensely over the years. Plus, the female characters are typically much, much more physically capable than the men, which is a refreshing change of pace.

Perhaps the best thing about Red vs Blue is the recurring jokes. The first line of the first episode became a longstanding punchline throughout the series. The show was inspired by a conversation about whether the Warthog vehicle from Halo: Combat Evolved looked like a puma. Almost every line of this show is a joke and will likely come back at some point.

Throughout the series’ 17 seasons, characters are constantly referencing jokes made years ago. As a result, this makes the viewer feel like an insider when they catch subtle references or a catty comment that call back to an old joke. Plenty of comedy series make use of callbacks and references, but RvB is on another level. Though, you likely won’t start catching all the jokes until your third or fourth watch-through.

The progression of Red vs Blue

Red vs Blue began a couple years before YouTube became a platform. New viewers might have to remind themselves of this fact as they press play on the first season, considering the lackluster production quality … and audio … and, well, most of the visuals. The jokes, however, are just as clever, biting and side-splittingly hilarious as they are throughout the series. In fact, they are perhaps even more on-point because the early seasons were less story-focused, and the jokes were intended more as simple comedic bits.

Once the creators realized the series’ potential, the quality of everything in RvB increased drastically. The first few seasons maintain slightly blurry visuals and grainy audio, but by season four, everything noticeably improved.

Keep in mind that the first three seasons are a collective five hours long. By season six, the quality had vastly improved, with Rooster Teeth adding more experienced voice actors and a larger team. Some recent seasons boast actors such as Elijah Wood, action-packed fight scenes and a much more complex storyline.

Watching Red vs Blue evolve is an absolute delight. You can’t help but feel like part of the family as the characters, along with the show itself, grow and change.