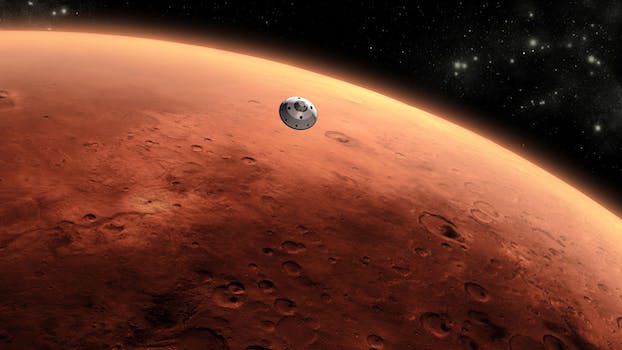 'Red Mars' is the latest classic sci-fi novel to get a TV adaptation -- and the creator of 'Babylon 5' is onboard.

It’s a good day to be a Mars fan—a fan of Kim Stanley Robinson’s Mars trilogy, that is. The acclaimed 1980s space colonization epic is the latest work of classic sci-fi literature to receive a screen adaptation.

Spike TV will adapt Red Mars into a TV series, marking an unexpected shift away from its usual bro-oriented programming of Bond movies, Cops reruns, and reality shows about mixed martial arts. It seems like an uncharacteristically serious proposition for Spike: a hard-core sci-fi adaptation with uber-geek J. Michael Straczynski (Sense8, Babylon 5) as showrunner.

The Mars trilogy follows the colonization of Mars in the early 21st century, as Earthlings terraform a planet that was never meant for human habitation. As Lisa Yaszek told us recently, “When [the Mars trilogy] came out, there was a sense in the science fiction community that, that’s it, nobody will ever write a better set of stories about Mars.”

A few years ago, such an adaptation would be unthinkable, but recently we’ve seen a spate of similar shows in the works. Amazon’s The Man in the High Castle and Fox’s Minority Report provide very different visions of Philip K. Dick’s writing, and this month Syfy will broadcast a six-episode miniseries of Arthur C. Clarke’s Childhood’s End. Following the dubious reception for the blockbuster adaptations of John Carter of Mars and Ender’s Game, TV creators seem to have realized that sci-fi epics are better suited to a long-form medium. With a narrative as complex and wide-ranging as the Mars trilogy, Spike is undoubtedly hoping to launch the sci-fi equivalent of Game of Thrones.

The biggest question is how Red Mars will fare against The Expanse, Syfy’s new space opera based on the recent novel series by James S.A. Corey—another space colonization epic. Red Mars already has one thing in its favor: Mars buzz. When the first novel was published in 1993, Mars colonization was nothing more than an exciting fictional concept. In 2015, NASA has reached the point where it can lay out a real roadmap for a manned Mars mission.

Basically, people are primed to be interested in Mars stories, as the massive popularity of The Martian proved earlier this year. If people will turn out in droves to watch Matt Damon do DIY projects in space, then a TV show about Martian terraforming may have already found its audience.