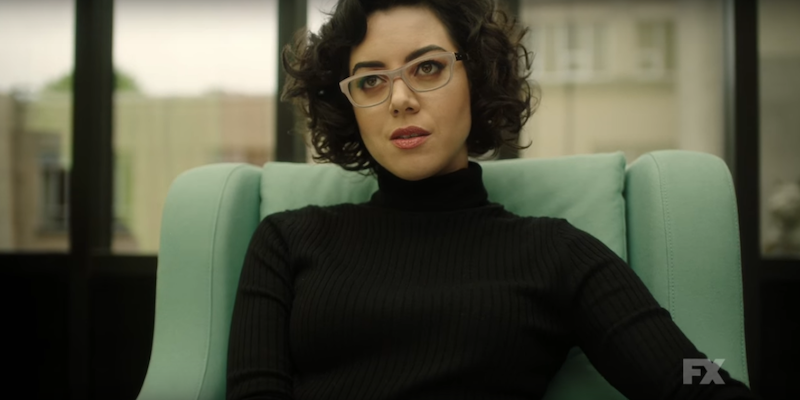 Recap: ‘Legion’ Chapter 6 is the first disappointment of the season

The idea of a mental hospital hallucination episode was cliché when 'Buffy' did it in 2002, and it still is.

Legion lost the plot this week, inasmuch as Legion ever had a plot in the first place.

Caught in the split-second moment before a bullet was due to hit his girlfriend Syd, David Haller (and/or his psychic parasite) created a dream replica of his old mental hospital. The main cast have been dropped into the hospital as patients, receiving therapy from Aubrey Plaza (yes, the psychic parasite) as their decidedly unhelpful psychiatrist.

We already knew that Legion is a show about therapy, with a glossy veneer of X-Men adventures on top. But this episode took that conceit a little too far, utilizing the dual clichés of a character trapped in a mental hospital with the wrong diagnosis, and being gaslit when she begins to doubt this “reality.” Syd is the only character who spots discrepancies like a bleeding hole in the hospital wall, but in this shared hallucination, she’s supposedly schizophrenic. David dismisses her doubts as delusions, in a classic example of “was it all a dream?” storytelling.

Chapter 6 has a lot in common with Star Trek‘s holodeck episodes, reintroducing familiar characters in an alternate setting. Parts of the episode worked pretty well, like Cary and Kerry Loudermilk being treated for their unhealthy codependency. (In life, they actually are one person who splits into two bodies.) But overall, it’s a pretty tired idea.

In a show that examines the human mind in such imaginative ways, it’s disappointing to see an entire “what if they were mental patients?” episode. This idea was bad when Buffy did it 15 years ago, and even worse in Stargate: Atlantis. And as a rule, if you’re trying to make good television, you probably shouldn’t recycle a storyline from Stargate: Atlantis. (Iron Fist should also have followed this advice, although a mental hospital storyline was really the least of its problems.)

With very little actual plot to work with, Legion is mostly about the journey. In previous episodes I was content to immerse myself in its gorgeous production design and trippy worldbuilding, but Chapter 6 felt like a filler episode. It slowed down the action before the final two chapters of the season—although with David’s mysterious childhood backstory coming to the foreground, things are sure to pick up next week.