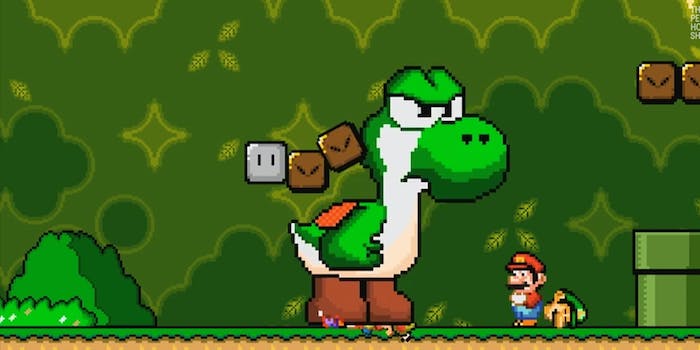 Realistic Yoshi is so much more terrifying than the cartoon

If you’ve ever played Super Mario World, then you’re familiar with the joy that comes with finding Yoshi. You trot over to him, eager to continue your adventure atop the back of an adorable, yet timid, dinosaur who will eat your enemies.

And then, without warning, he bites your arm off.

While hilariously accurate, Yoshi gobbling down the Mario Brothers isn’t without precedence. While it may have never happened in the video games, it did occur on an episode of the Super Mario World cartoon program from the 1990s.

From now on, Mario should probably stick to magic capes and leaves to conquer Bowser and his minions.