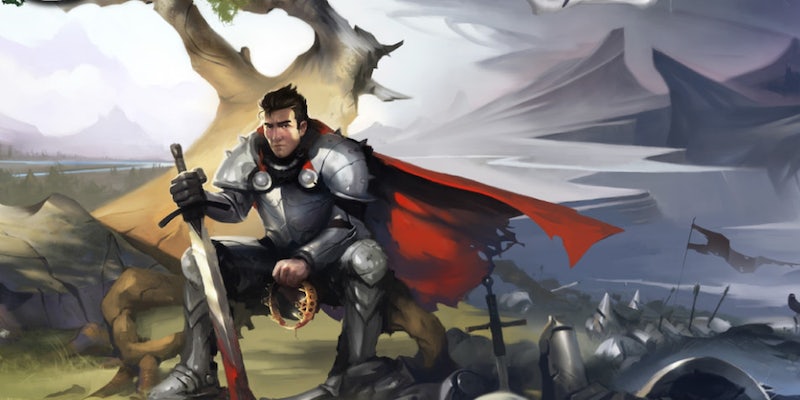 A look at the legendary designers working on Crowfall

The massively multiplayer online genre is waiting for a game-changer.

The massively multiplayer online genre desperately needs an injection of the fresh and different, and the team behind newly announced MMO Crowfall thinks it has the right stuff to answer the call.

In the announcement for its MMO in development, ArtCraft Entertainment cites “dynamic territorial conquest and a player-driven economy” as chief design goals for the game. Only EVE Online has managed to pull those challenging goals off in the long term, and developer CCP’s success at doing so has made EVE Online one of the most interesting MMOs in the industry, to date.

Raph Koster is literally a legend in the game development community. Koster was given the Online Game Legend Award in 2012 at the Game Developers Conference Online, and GDC awards are some of the highest formal recognition that a game developer can hope to earn. Koster is also the author of A Theory of Fun, a quintessential work in the theory and practice of game design.

Those facts alone are enough to perk a gamer’s ears up when they hear that Koster is serving as an adviser and design consultant on Crowfall. Koster was also the creative director of Star Wars Galaxies. The staff of the MMO-specific gaming site Massively considers Star Wars Galaxies to be the best MMO ever. And the success of Star Wars Galaxies was predicated largely on dynamic territorial conquest and a player-driven economy. 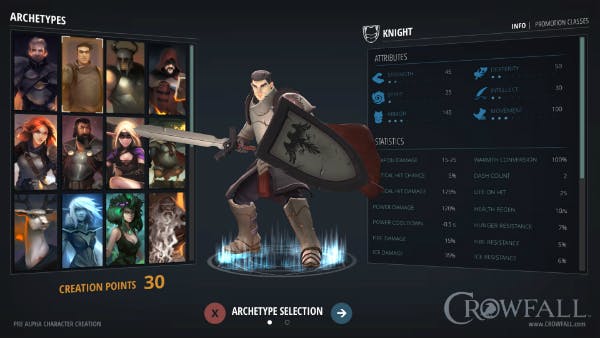 EVE Online is one of the few massively multiplayer online games continuing to draw profits from the subscription model, because there is nothing else in gaming like it. The player economy is so robust that developer CCP had to hire an in-house economist. The costs of the giant naval engagements that determine territorial control in EVE Online can be calculated into real-life currencies, and can total hundreds of thousands of dollars’ worth of damage.

Star Wars Galaxies was released by Sony Online Entertainment in 2003, the same year that EVE Online was released. Galaxies also had a player-driven economy in that everything was built by the players, using resources they gathered from the environment. Galaxies players shaped the game universe by literally founding entire cities on planets. Rebel and Imperial players built and destroyed military complexes in an attempt to dominate worlds militarily.

A series of quick-fix design changes meant to increase player subscriptions led to the death of the game in 2011, but the game was so enthralling that die-hard fans and volunteer programmers have been rebuilding the Sony Online Entertainment servers that ran the game. This rabid fandom, in addition to industry respect, is the legacy of Koster’s contribution to the massively multiplayer online genre.

Koster is not the creative director of Crowfall, however. That role is being filled by J. Todd Coleman, who is also the CEO of ArtCraft Entertainment. Coleman was the creative director of Shadowbane, an MMO that sought to prioritize open player-versus-player warfare and player ability to shape the environment. The game launched in 2003 and was shut down in 2009.

Gordon Walton, the executive producer of Crowfall and the president of ArtCraft has a list of MMO credits more recognizable to casual observers, including games like Ultima Online and BioWare’s The Old Republic. Walton also worked on Star Wars Galaxies.

You may follow development of Crowfall on the game’s website. We are likely a long way off from any substantive information being released about this new MMO, but it has the right team to warrant paying attention for updates.