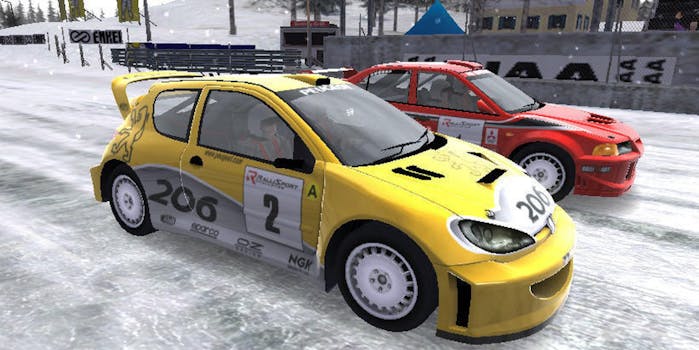 In racing games, ghosts are used to document best times and see how a player ran a particular course. In the case, it represented a lot more.

The gamer told a heartbreaking story in the comments thread of a PBS video that asked whether video games could bring about spiritual experiences. When he was a kid, his father brought home a brand new Xbox with the racer Rallisport Challenge. It would quickly become a bonding experience for the two. Sadly, the father passed away about six years ago.

Recently, he found his old copy of the game and found his dad’s best lap time was still saved. In racing games, ghosts are used to document best times and see how a player ran a particular course. It appears as a translucent car that you can race against.

Eventually 00WARTHERAPY00 got very good at Rallisport Challenge, and was approaching his father’s record. As he neared the finish line, however, he stopped. He knew that if he passed before his father’s ghost, the ghost would be erased.

Gamers document death in unique ways.Last year, Giant Bomb’s Ryan Davis passed away at the age of 34 from a heart attack. Davis had been an integral part of the Giant Bomb community, and many fans and forum-goers were left in shock. The forums he contributed to on Giant Bomb, as well as his tweets, have been immortalized by gamers as a sort of memorial of his career. And the NeoGAF thread about his death still receives comments.

Another interesting case was Ezra Phoenix Chatterton. The avid World of Warcraft fan succumbed to brain cancer in 2008. Before his passing, he visited Blizzard Entertainment to tour the studio, where he was invited to desig his own weapon and voiced a character that’s still in the game today.

i couldnt touch that console for 10 years.

but once i did, i noticed something.

we used to play a racing game, Rally Sports Challenge. actually pretty awesome for the time it came.

and once i started meddling around… i found a GHOST.

you know, when a time race happens, that the fastest lap so far gets recorded as a ghost driver? yep, you guessed it – his ghost still rolls around the track today.

and so i played and played, and played, untill i was almost able to beat the ghost. until one day i got ahead of it, i surpassed it, and…

i stopped right in front of the finish line, just to ensure i wouldnt delete it.