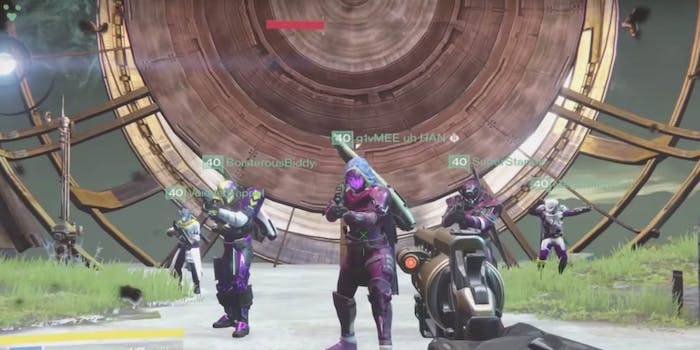 'Saw something weird on patrol the other day.'

In Destiny, dropping some dance moves while on a Raid is half the fun these days. So much so that the perennially popular dance emotes featured in the game are getting an expansion pack this month.

With so many devout gamers streaming their adventures and uploading highlights, YouTube has likewise emerged as an arena for showmanship. Look, toggling between serious play and smooth moves is a tricky proposition, but here we can at least praise the Husky Raid frathouse for this delightful Backstreet Boys routine.

It’s the song you’d expect. (No, not “I Want It That Way.” Why would the Guardians set their intergalactic sci-fi raid to a ballad?)

They even got the Titans in on the choreography. I really can’t think of a more fulfilling investment of time.