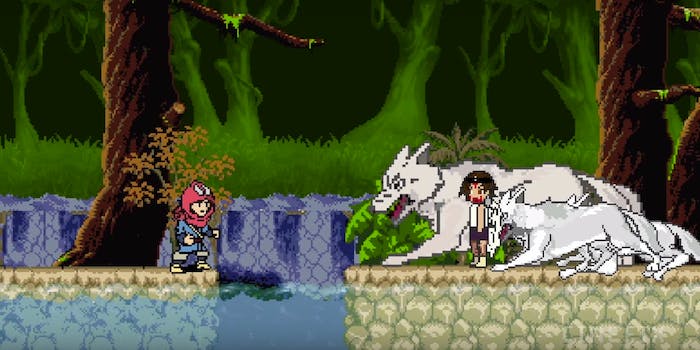 ‘Princess Mononoke’ is turned into a magical 8-bit quest

No demon will be left unturned.

We’ve already seen what Spirited Away would look like in beautiful 8-bit rendering, but the 8-bit treatment on Princess Mononoke shows lovely a whole Studio Ghibli game series would be.

Thanks to Cinefix, the fantasy epic is brought to life with the beloved Hayao Miyazaki film providing the game’s plot. Ashitaka has a quest, one he has to fulfill through wit and skill. He’s got plenty of allies and enemies to encounter along the way—all while the feel and tone of a Miyazaki film remain intact.

Now only if we could play as San in multiplayer mode.