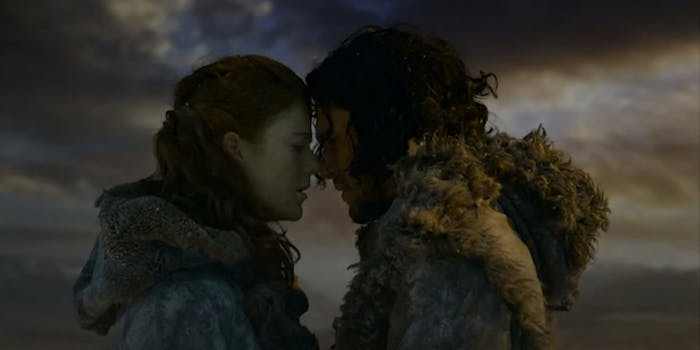 ‘Princess Bride’ and ‘Game of Thrones’ make for a perfect mashup

Never get involved in a land war in Westeros.

That’s the terrifying but magical world given to us in a new spoiler-filled and graphic Game of Thrones–Princess Bride mashup from comedian Shawn Kohne and writer Todd Spence. The video contrasts the constant violence, sex, and gruesome moments of the HBO series with the innocent childhood fantasy of the Princess Bride. Warning: Spoilers and violence lie ahead, along with a few great parallels.

The parody’s obvious point is to satirize the experience of life as a Game of Thrones fan, because really, we didn’t sign up for this much kissing, nor for this much investment in House Doomed, er, House Stark.

But now I wish this could just be a whole thing. Like, I would sign up so fast for a series where Arya Stark becomes a master swordsman and heir to the title of Dread Pirate Roberts. Meanwhile, the Hound joins the Brute Squad and the two of them join Oberyn and they all go on adventures together, while House Florin faces off against House Guilder over the royal wedding of Sansa “Buttercup” Stark.

Actually, how was this not already a thing? Universe, how did it take you this long to realize The Princess Bride and Game of Thrones are basically the same story?

It all makes so much sense. Prince Joffrey and Chris Sarandon’s Prince Humperdink are basically the same character: They’re both whiny overgrown children with temper-control issues. And Robin Wright as Princess Buttercup is just 20 years away from Robin Wright as Claire Underwood from House of Cards, who’s obviously a ringer for Cersei Lannister. Come on.

Can someone pull an Inspector Spacetime and give us the epic adventures of the Fantasy Princess of Feudal Tensions in a Land That’s Definitely Not Europe? Just give George R.R. Martin a Peter Falk trench coat and let him narrate the childhood fantasy we never knew we needed.