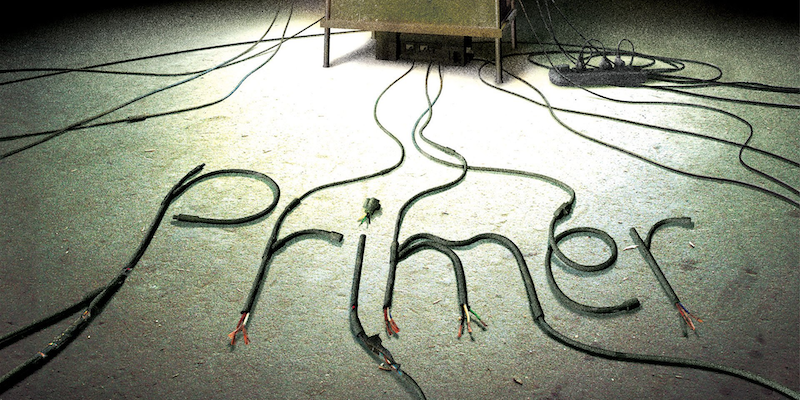 Your next obscure sci-fi double feature: ‘Primer’ and ‘TiMER’

One was made by the writer of Marvel's upcoming Black Widow movie.

If you’re looking for some cult sci-fi recommendations, here’s your next double-bill: Primer and TiMER. They’re both brilliant, low-budget movies from filmmakers who went on to do great things, and their strengths and weaknesses complement each other beautifully.

Primer and TiMER play to such different audiences that if you’ve seen one, there’s a decent chance you haven’t seen the other. A double-bill is a great way to broaden your sci-fi film horizons—and introduce you to the writer of Marvel‘s upcoming Black Widow movie, TiMER writer/director Jac Schaeffer.

Filmed on a budget of just $7,000, Primer won the Grand Jury Prize at Sundance in 2004. It’s considered to be one of the best time-travel movies ever made, which is why Rian Johnson hired Primer writer/director Shane Carruth as a time travel consultant on Looper.

Taking place in an American suburb, Primer follows a group of engineers who build a time machine in their garage. Packed with technobabble dialogue, it’s a far cry from adventure movies like Bill & Ted or Back to the Future. As the main characters use their invention for more and more elaborate journeys, we’re forced to wonder if they’re altering the world around them, or just playing into a preordained destiny. The looping timeline is so cleverly written that you may need to Google a diagram to fully understand what happened. That’s not a criticism, though. It’s purely fascinating to watch the story unfold on your first viewing, as it shifts from nerdy technical maneuvering to outright thriller.

Primer‘s only real downside is its attitude to women. The only female characters are two-dimensional girlfriend figures doing housework in the background, with the male engineers living in their own little bubble. Shane Carruth clearly noticed this problem because in his second (brilliant) movie Upstream Color, he cast a female lead in a sci-fi story about bodily autonomy.

TiMER‘s perky rom-com tone is the ideal follow-up to Primer‘s intellectually dense concept. It feels like one of the more upbeat Black Mirror episodes, based around how a single gadget could change human society. “Timers” are clocks that count down to the moment you meet your soulmate, and rather than being a simple girl-meets-boy love story, the movie shows how this technology messes with people’s lives.

Oona (Emma Caulfield) has a blank Timer, meaning her soulmate still hasn’t had one implanted. She habitually dates Timerless guys so she can persuade them to get one installed, hoping that he’ll turn out to be her soulmate. (Spoiler alert: not an effective strategy.) Meanwhile her sister’s Timer says she won’t meet her soulmate until she’s in her 40s, so she’s decided to have 20 years of anonymous sex while she waits for her guy to arrive.

TiMER is basically the polar opposite of our previous film. It doesn’t bother with a scientific explanation for its key conceit because it doesn’t need one. Instead, it focuses on the human impact of the technology, in a story filled with humor and realistic emotional conflict. Likely overlooked by many sci-fi fans because it’s also a romantic comedy, TiMER is the definition of thought-provoking speculative fiction: a story that will leave you and your friends debating for hours what you’d do in this cleverly constructed scenario.