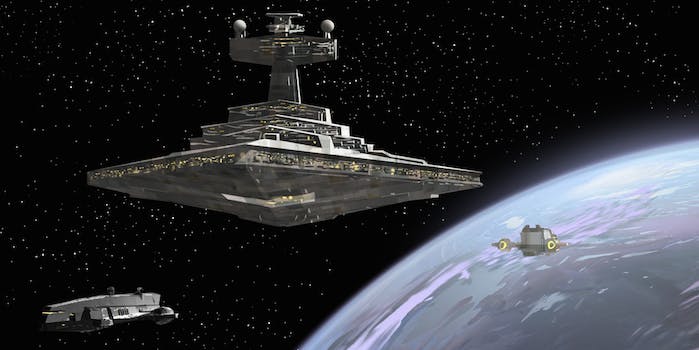 Here are the latest sneak previews of ‘Star Wars: Rebels’

Catch up on all the latest 'Star Wars: Rebels' news.

This week there’s been a slew of news released about Lucasfilm and Disney’s new animated series Star Wars: Rebels series, and if you blinked, you may have missed something. Luckily we’ve wrapped up everything you need to know, starting with this weekend’s WonderCon panel.

During the panel, a new clip of the series featuring Twi’lek pilot Hera premiered. The panel featured the show’s executive producer Dave Filoni, Hera’s voice actress Vanessa Marshall, art director Kilian Plunkett, and composer Kevin Kiner. According to IGN, Filoni said the clip is one of the first sequences we’ll see in the show and is “very much derived from the scene in A New Hope where they’re trying to escape from the TIE Fighters.” Clearly the team wants to establish right away that this series has deep ties to the original trilogy, unlike it’s predecessor Star Wars: The Clone Wars, which was necessarily ingrained in the prequel era. Even the explosion of the TIE Fighter in the clip looks like how we saw TIEs explode in the original three films. You can hear audio of the entire WonderCon panel recorded by the Rebels Report podcast.

Beyond the sneak peek clip, it was announced that Kiner, who composed the score for The Clone Wars, would be returning to score Rebels. In an exclusive StarWars.com interview, Kiner says unlike Clone Wars, this show will have a sound closer to A New Hope, influenced by composer John Williams’ original score.

“To be able to go back and start using John’s themes in different ways is an exciting thing for me,” Kiner said.

You can hear the mixture of old and new as Kiner previews the theme starting at 2:36 in the clip.

In addition, the StarWars.com blog is featuring concept art from the series showing locations, characters, vehicles, and even some sketches by Filoni. Take a look at some of the pieces below and see the rest on the official blog. 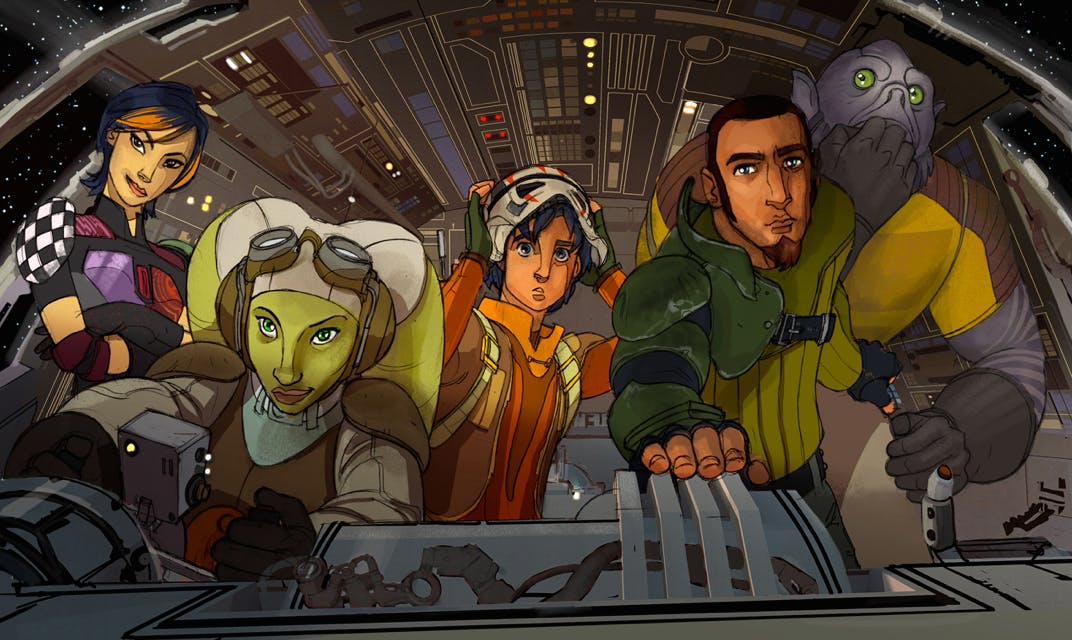 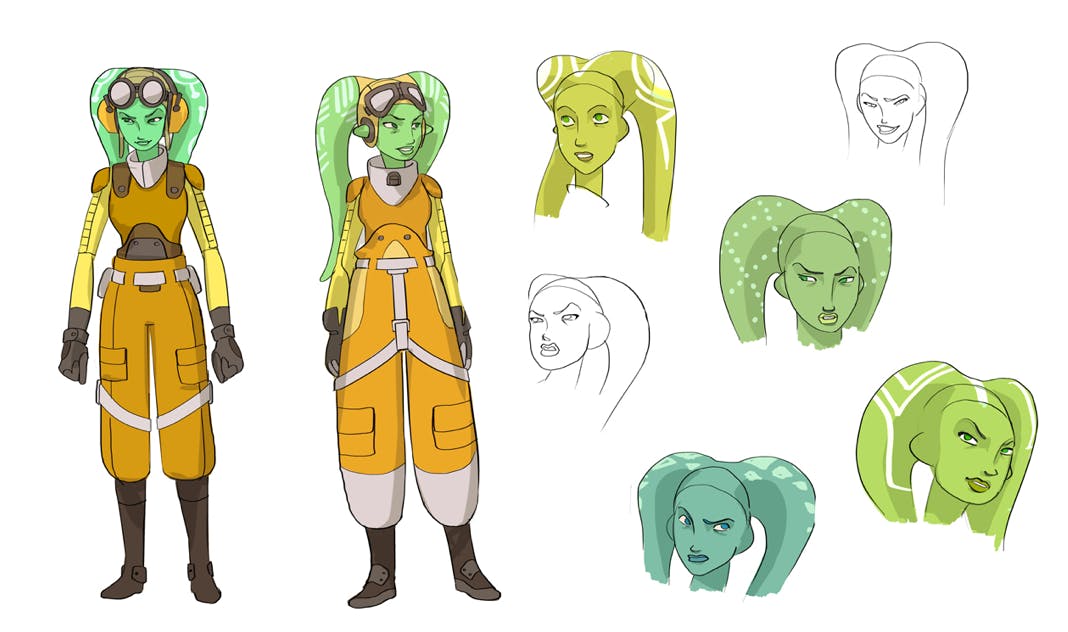 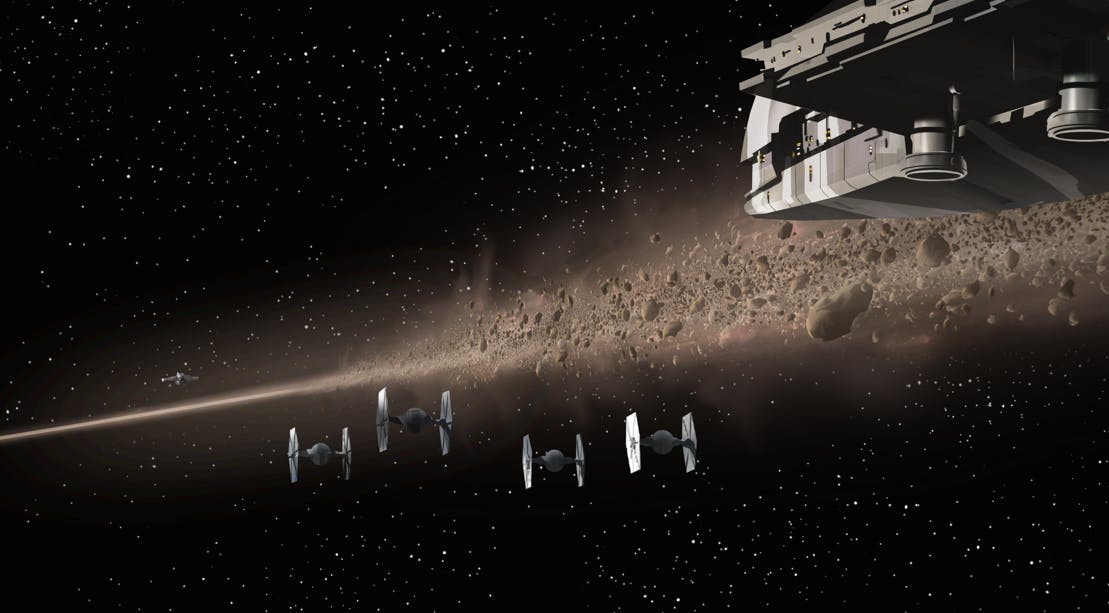 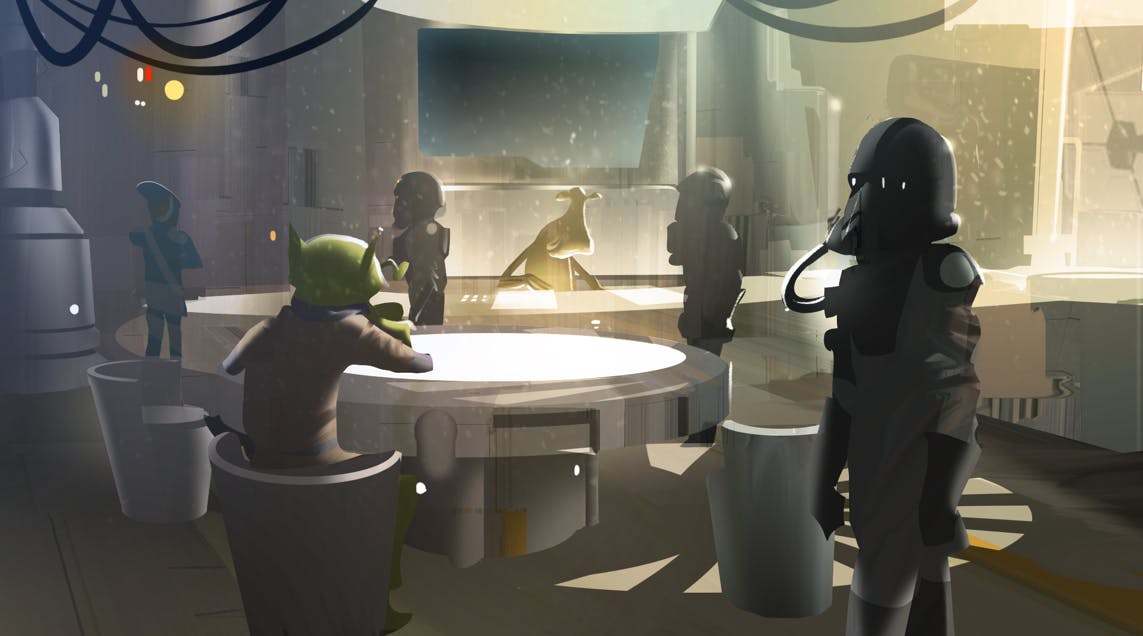 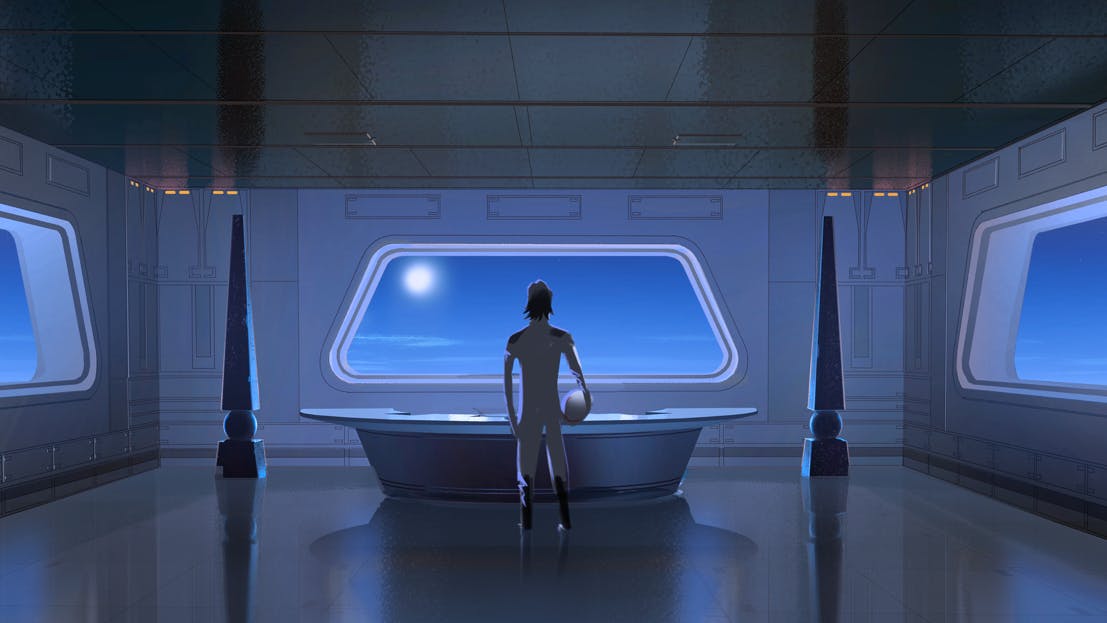