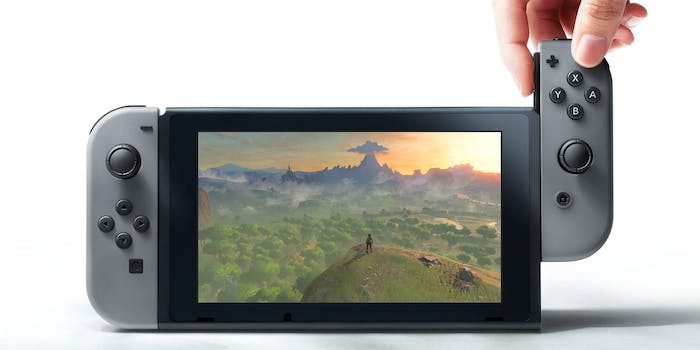 How to pre-order the Nintendo Switch right now

Quantities will be limited, but here's where you can grab a console before March 3.

With all the new details revealed about the Nintendo Switch last night, players are left with one big question:

Pre-orders are supposedly going live in Japan on January 27, but some retailers started offering preorders late last night. Walmart was the first to sell the console, but it quickly went out of stock. Best Buy followed suit, offering launch day delivery or in-store pickup. Below you’ll find some pages you will want to monitor if you’re desperate to get your hands on the Nintendo Switch for release date.

How to pre-order Nintendo Switch

When Nintendo Switch launches on March 3, the system will come with two Joy Con controllers, a Grip controller, chargers and an HDMI cable.

The story is updated frequently as new information becomes available.