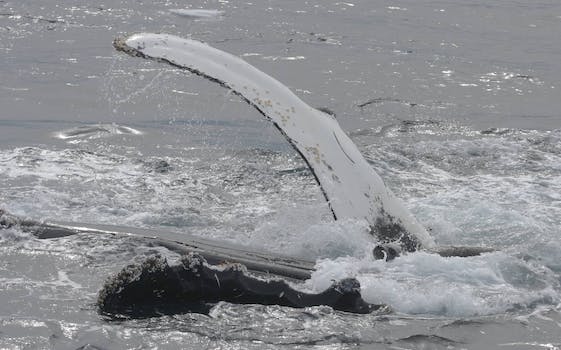 Humpback whales may be the vigilantes of the sea

But it’s pretty much impossible to know for sure just how nice humpback whales are.

For decades, people have observed humpback whales engaging in what appears to be some sort of vigilantism. As a pod of orcas attacks baby whales of other species, sea lions, seals, and even fish, humpback whales will sometimes come from miles away and try to drive off the attackers.

Now researchers have catalogued over 100 accounts of interactions between humpback whales and orcas to try and figure out how common this behavior is, and why they do it. They published their results in the journal Marine Mammal Science, which is open access and available for all readers to enjoy. The observers were able to identify the animals the orcas were attacking in 56 of those encounters, and in 50 of them, the animal wasn’t another humpback whale.

Regardless of the species, the whales appeared to mob and harass the orcas, which sometimes allowed for the prey to escape. In one particularly remarkable case observed by the lead author, Robert Pitman of the US National Marine Fisheries Service, one of the humpbacks in the intervention took the seal that the orcas were attacking and flipped it onto its stomach, apparently cradling it and keeping it from harm’s way. (Photo above.) Pitman told the Daily Dot in an email that seeing this event and another like it inspired him to analyze as many accounts of humpback whale and orca interactions as he could find.

But it would be foolish to say that humpback whales are definitely acting altruistically. Whales obviously can’t tell the researchers why they’re performing these actions. It could be that the whales are simply reacting to the orcas’s vocalizations. Once on the scene, they may simply be driving the orcas off out of habit or without stopping to make sure the prey in question is one of their own.

Researchers are often reticent to think of animal’s behaviors as altruistic—not only because animals can’t convey intention, but also because altruism is risky. Defined as any behavior that benefits the recipient at the cost of the giver, altruism is not something that most animals would seem to want to do. It’s a whale-eat-whale world out there, and if humpbacks were likely to risk life and limb for other animals, what would be the payoff?

Animals usually only act altruistically if the recipient is related to them or is a part of their social group. Researchers think animals are more likely to stick their neck out for their kin because it might ensure that at least some of their genes get passed onto the next generation.

But there’s no perceivable benefit for the humpbacks to help other species, and to especially forgo feeding and expend a lot of energy swimming around the orcas, which some people say they do for hours at a time.