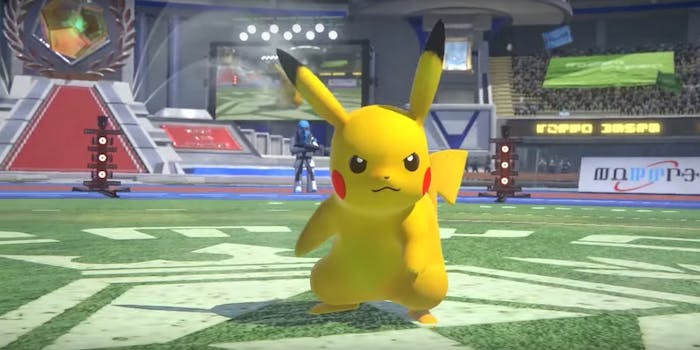 Pokémon fans and fighting game fans have a new game to bond over.

Pokémon are cute creatures that beat the crap out of each other. Tekken is a brutal fighting game. Match made in heaven?

So it would seem because Pokkén Tournament, a Tekken-style fighting game featuring Pokémon characters is a hit in Japanese arcades. Pokkén Tournament is now getting a Wii U port to be released in spring 2016.

Pokémon are such versatile subjects for mash-ups. Pokémon Rumble World is an action brawler. Pokémon Shuffle is a puzzle game. So why not toss Pokémon characters into one of the world’s most venerable fighting game franchises?

Screengrab via The Official Pokémon Channel/YouTube