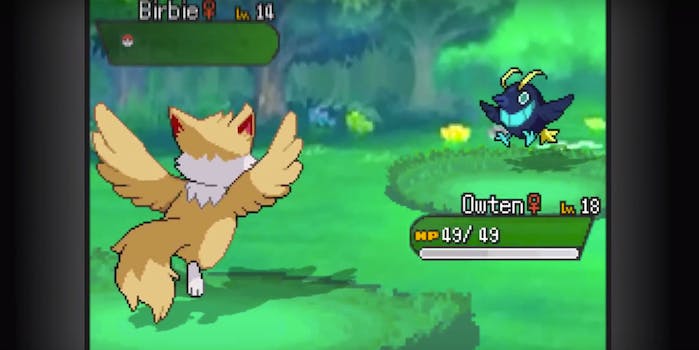 The developers behind the Pokémon Uranium fan project have announced they’re abandoning development of the game after more than nine years of carefully crafting it.

The unofficial game, created in the likeness of the original Game Boy Pokémon games, included 150 unique Pokémon that had, according to the game’s lore, been mutated by radiation in the tropical Tandor region. The game finally launched on Aug. 6, but the fun was short lived.

After less than a week, the developers pulled the game’s download link, explaining in a statement that they had received multiple copyright claims from Nintendo of America. At the time, the game had been downloaded at least 1.5 million times, according to the developers.

On Wednesday, the developers announced on Twitter they’d be stopping all updates and support for those who already have the game.

We will no longer be providing updates or support for Pokémon Uranium.
Thank you all for playing. pic.twitter.com/tumjOEMVDe

Nintendo has made headlines for what appears to be a crackdown on use of its copyrighted material in recent months. On Sept. 2, Nintendo issued DMCA takedown notice that resulted in the removal of more than 500 fan-made games from open-source indie gaming community Game Jolt.