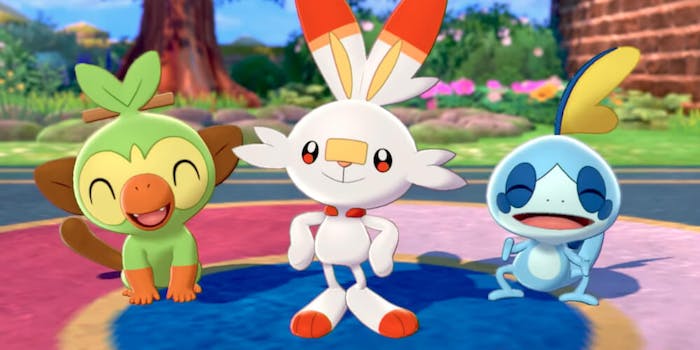 Sword and Shield leaks may have revealed new Pokémon, evolutions

The models and backgrounds have many fans believing the leaks are legit.

As the release of Pokémon Sword and Shield approaches, new characters and evolutions may have just been leaked.

Some of the new Pokémon designs look like they’re based on an elephant, a fox, and the third resembles a triceratops.

The fox is red, and there is speculation it is a fire Pokémon, but no information leaked can confirm that. However, the leak did reveal the Pokémon’s second stage evolution.

The elephant design is yellow and teal and appears to be wearing a hat. This is likely an entirely new creature, and the second stage of evolution has not yet been leaked.

The third creature is pinkish-purple with a white zig-zag on its forehead. Though it doesn’t distinctly resemble an animal, many think it looks somewhat like a dinosaur.

The designs have not yet been confirmed by Nintendo or Game Freak, but the models and backgrounds have many fans believing the leaks are legit.