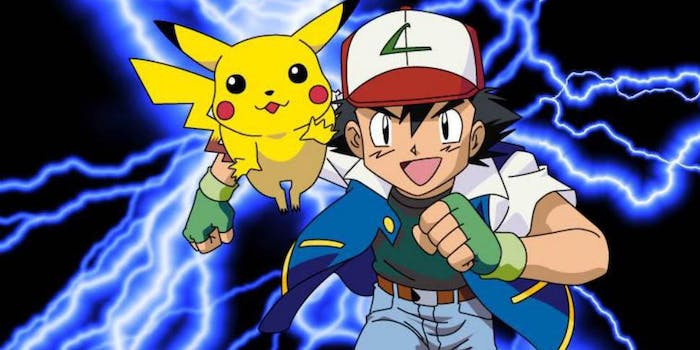 Why fans are freaking out about the new Pokémon game

Because, well, it's a new Pokémon game.

Nintendo just announced a remake to the wildly popular games Pokémon Ruby and Pokémon Sapphire. And despite the fact he announcement was made with perhaps one of the worst uninspired trailers imaginable, fans are still off-the-walls excited.

This is just basically the sum up of #Pokemon Omega Ruby and Alpha Sapphire’s announcement for today. pic.twitter.com/B9sleH0KEC

While many fans are clearly excited (“MY BODY IS READY” wrote one 4chan user), Pokémon Ruby and Sapphire are probably the most divisive games in the series. Fans laud the game for its lush world, customizability, and length. Critics find it unbalanced, saying it lacks proper narrative progression.

Dubbed Pokémon Omega Ruby and Pokémon Alpha Sapphire, the game is set to launch this November on the 3DS, but that’s about all we know. From the trailer, we learned learned that “a new adventure is coming,” with the ability to “explore a dramatic new world,” and that’s it. For Pokémon obsessives, however, that’s clearly enough.