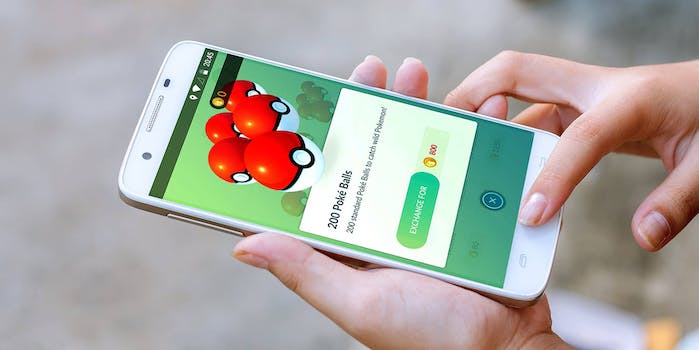 Niantic revealed the avatars of the Pokémon Go team leaders.

Despite a rumor that Niantic would drop a legendary character for Pokémon Go players during its Hall H panel at Comic Con, founder John Hanke said those kinds of special event drops will come later.

In addition to the fact that Niantic is still dealing with server outages, they are also still working to release the game globally. People in countries without the app haven’t been able to start collecting Pokémon, let alone collect rare ones. However, Niantic did reveal the actual avatars of each Team, and revealed that they will be a part of the game.

Chris Hardwick moderated the panel, revealing that he’s Level 18, and that he’s been bonding with people at his local diner over the game.

.@hardwick is level 18 #pokemongo
He is moderating the panel #hallh pic.twitter.com/azxjLR6LH5

Hanke also shared surprising uses of the app, including sharing a video of the game being used as physical therapy for kids. Niantic also teased the eventual trading platform, and the expansion of gyms and PokéStops. Niantic also confirmed that certain Pokémon are spawned regionally, and confirmed the Eevee name hack.

Pokémon fever extended beyond actual Hall H. Fans hoping the rumor of a legendary release were true gathered on the floor above or just outside the doors since the GPS system can’t determine floors of a building.

Legendary Pokemon may be released at #SDCC during the #PokemonGO Hall H event: pic.twitter.com/uEa9xZSVPz

The reaction to the lack of a drop was swift, with fans filled with disappointed.

It appears no legendary Pokemon will be released today. Sad face. #PokemonGO #sdcc

PFFFT, it was just a rumor.

I laugh at everyone thinking it was true #PokemonGO

Hopefully by next year Pokémon Go will be able to capitalize on fan events like Comic Con for rare character drops, if they can keep up—and keep up with—the hype.