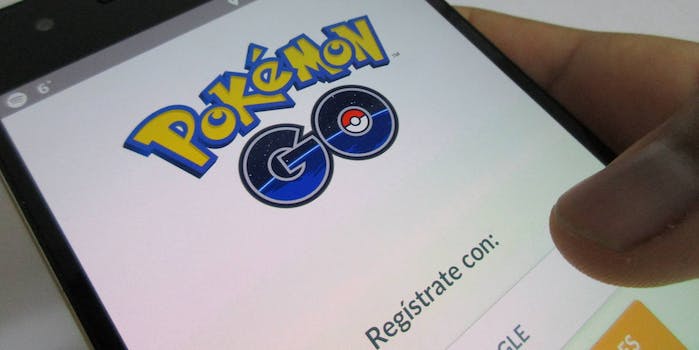 Pokémon Go is harder for people in rural communities

With gyms and PokéStops concentrated in cities, rural users are having a tough time.

As the Pokémon Go craze continues, the common thread is that the augmented-reality game is getting people active. Players are walking more, visiting new places, and meeting new people all in pursuit of new and rare Pokémon.

Pokemon GO is just insane right now. This is in Central Park. It's basically been HQ for Pokemon GO. pic.twitter.com/3v2VfEHzNA

For a certain group of people, however, the hype has fallen flat. The two main interactive features of Pokémon Go—PokéStops and gyms—are centered around “monuments” identified in the AR map, which could be anything from famous buildings to local murals. And those monuments tend to be clustered in urban areas, leaving rural players without much to do.

“There are two PokéStops and zero gyms in my hometown,” Lauren Bates, a player living in Wimauma, Florida, told the Daily Dot over email. At first, Bates didn’t know that the game was supposed to be that active. “I really liked catching Pokémon and wasn’t looking for anything else out of the app, but now that I know people are competing to be the VERY BEST, I’m a little sad about just catching stuff.”

According to Bates, the local map is old and doesn’t include some bigger buildings that have popped up in the past year, but even so, it’s just not a place conducive to walking around and searching for Pokémon. She runs out of Pokéballs quickly without PokéStops around. “It’s great for people who live in a more populated area with more places within walking distance, but we literally don’t have sidewalks to connect one housing development to another, so this hasn’t been an activity that’s inspired me to get out into the world.”

I've been filming in rural Maine all weekend and now I have to fly back to LA w/ an unrecoverable Pokemon disadvantage.

@AmyVernon you mean like this? I guess Pokémon are afraid of rural VT. #wehavebears pic.twitter.com/2yMkAQXRgo

The same happened for Rayne DeVivo, who started playing the game with her two young sons in central Illinois. “We have one PokéStop (a water tower) within walking distance, the rest are ‘in town’ which is on the other side of the interstate, so we have to drive to those,” she said. Play is difficult because there are no sidewalks in her area, and the game often prompts them to catch Pokémon on their neighbors’ property.

“I am very used to apps that advertise they serve the whole US to have no use unless I am in Chicago, Indianapolis, or St. Louis (which are all 3 hours away by car),” says DeVivo, so she pleasantly surprised to find a PokéStop in walking distance, and some PokéStops and gyms a five minute drive into downtown. However, she can’t always drive the half hour to nearby urban areas like Champaign Urbana, and realizes this will minimize her and her sons’ gameplay. “It is disappointing to have to drive 5 minutes,  hop out walk to the two or three things in that area, drive another 5 minutes, hop out,” she says.

Elaine Young, a Digital and Social Media Marketing professor who works at Champlain College, can’t play the game when she’s at home in Brookfield, Vermont. Not that she expected to. “I don’t even have cell signal at my home. I have satellite internet,” she told the Daily Dot. “I figured I wouldn’t be able to get that much, so I didn’t even bother looking by my house.” She was able to engage in the game after driving to Montpelier, but says “obviously I’m not going to play it as much because I don’t have the same access as someone in a metropolitan area has.”

This wouldn’t be so bad if the language around the game weren’t all about the ease of catching Pokémon in your own backyard. “With Pokémon Go, you’ll discover Pokémon in a whole new world—your own!” the game boasts. The game encourages users to explore new places and travel, but also “explore cities and towns around where you live.” And that’s just not available to everyone.

Pokémon Go’s maps are based on Ingress, another AR game from Niantic, the developer of the game app. John Hanke, CEO and founder of Niantic, was also one of the founders of Keyhole, which Google bought to start Google Earth. Hanke told Mashable that the “monuments” were based on geotagged photos on Google. We basically defined the kinds of places that we wanted to be part of the game,” he said. “Things that were public artwork, that were historical sites, that were buildings with some unique architectural history or characteristic, or a unique local businesses.”

However, that puts the power of the game in numbers. Public artwork and historical sites tend to be abundant in cities. The more people in a certain area, the more likely there will be geotagged photos, and thus a higher concentration of stuff to do.

Young’s interest in the game is partially academic, as she’s been discussing augmented reality with her students for years. For her, this is the first time she’s seen AR implemented in something so fun, and hopes that the lack of playing opportunities in remote areas is a bug that will be addressed soon. “When you think about it, they’re introducing AR to a group of people who haven’t even figured out what it is. There are people in tech who know what it is, but the average person doesn’t really know about it. My guess is it’ll get more complex.”

The Pokémon Go developers may have more pressing concerns, such as complaints about Pokémon popping up in cemeteries, memorials, and people’s private property. And, to an extent, the question is whether Pokémon Go has a responsibility to players to even-out gameplay. As it stands, living in a city makes it easier to find PokéStops to gather supplies. If there aren’t any around, users may be driven to make in-app purchases of Pokéballs and potions, which Pokémon Go certainly wouldn’t want to discourage.

If they are going to address the disparities in play, it will probably take a while, and players will have to make do with what they have. And the goodwill of rural users may run thin. “I could drive twenty minutes and find an area with more to do, but I don’t think that’s the point of the game,” Bates said. “I’m not the most competitive person, but I’m not sure how long I’ll keep playing if I don’t see any point in powering up Pokémon without having a reason to.”