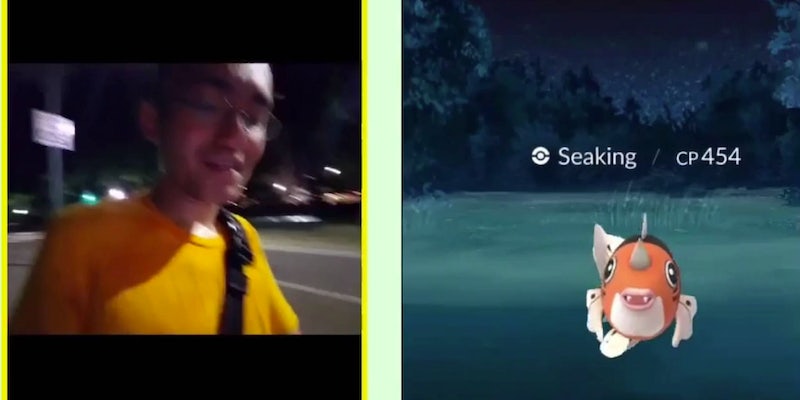 Pokémon Go player livestreamed his own mugging in Central Park

This is hardly the first Pokémon Go-related incident, but it might be the first caught on camera.

Twitch streamer Rickeybot went live with a session on the popular mobile game at 11:04pm in Central Park in New York City. Just after midnight, he was an attacked from behind by an unidentified man, getting knocked to the ground with a vicious left-hand punch. You can hear Rickeybot plead with his assailant before he takes off.

This is hardly the first Pokémon Go-related incident, but it might be the first caught on camera. The whole incident streamed live on Twitch, and commenters could only watch in shock. “OMG,” one wrote. “rip?” another added.

Rickeybot confirmed the incident on Twitter and thanked everyone for the support.

I got mugged playing Pokémon GO in Central Park. Still talking to police and will go to hospital soon. My jaw is a mess. Thanks all.

Adding “insult to injury,” as Rickeybot described it in a tweet later, his account was suspended from Twitch, but he promised his fans a swift return.

The @Twitch suspension is 24 hours so I hope to be back after that. I love you all!

Twitch could not be reached for comment in time for publication.