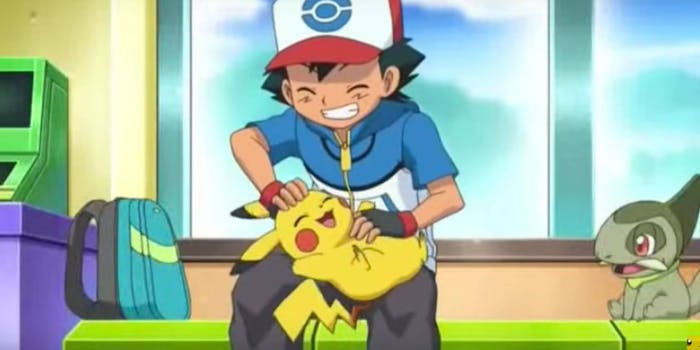 A ‘buddy system’ could be coming to Pokémon Go

The ‘Buddy system’ will let you evolve certain Pokémon faster.

Players of Pokémon Go may get a big gift from Niantic: an ability to bond with and evolve a particular Pokémon.

According to Polygon, the code for the latest version of the mobile game contains suggestions of a “buddy system” that would allow players to pick a particular Pokémon to walk around with them. Similar to egg hatching, walking certain distances rewards the player with candy for that particular Pokémon, eliminating the need to collect rarer Pokémon in the wild or hatch them from an egg.

Plus it’s cute. If you’re from the Pokémon Yellow era of Poké-fans, you’ll probably remember how much fun it was to have a little Pikachu trailing you everywhere.

Niantic has yet to confirm or deny this update, but for the sake of our sanity we really, really hope it’s true.

Update 2:45pm CT: Niantic has confirmed the existence of the new buddy system in a blog post today.

The next addition to Pokémon GO will be Buddy Pokémon. You will be able to pick your favorite Pokémon from your collection to become your buddy, opening up unique in-game rewards and experiences. Buddy Pokémon will appear alongside your Trainer avatar on your profile screen, adding helpful bonuses such as awarding Candy for walking together. You’ll also have the ability to change your Buddy Pokémon at any time.

There’s no date set for the update, but Niantic promises it’s “just around the corner.”