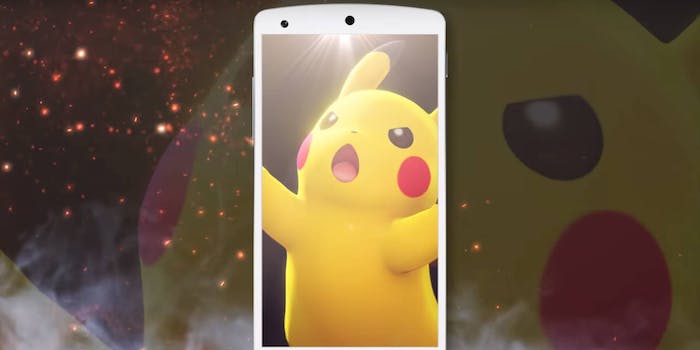 Nintendo has announced Pokémon Co-Master, a free-to-play board game for iOS and Android.

Last year Nintendo announced a partnership with DeNA that would bring many of its properties to mobile devices. Well, now we know what the first Pokémon foray into mobile will be.

Titled Pokémon Co-Master, it’s a chess-style board game with an emphasis on its artificial intelligence.

The game is being made alongside HEROZ Japan, a developer of A.I. systems for Chess and Backgammon. Co-Master is very similar to the Pokémon Trading Figure Game, a physical tabletop game akin to HeroClix. The objective of Co-Master is to get your Pokémon to the other side of the field. Beyond that, not much detail has been given about how the mechanics will work.

It’s also unclear what the microtransaction model will look like for the free-to-play game. Will cash allow for more playtime? Or will cash allow players to buy stronger Pokémon?

As of now, the game has only been announced for Japan with a Spring release window. But it would color us very surprised if a Pokémon property didn’t come stateside.