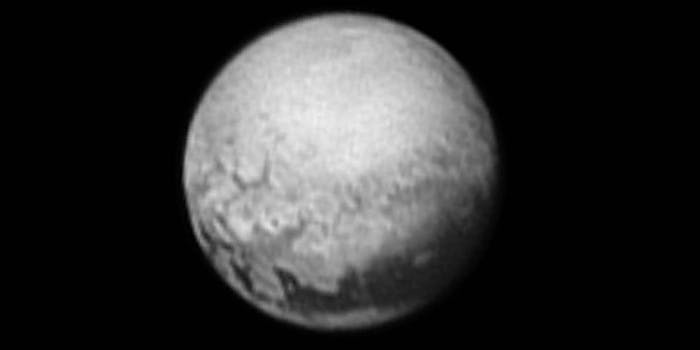 A decade after launch and 3 billion miles of travel later, the New Horizons spacecraft is flying by Pluto and giving humanity the most detailed pictures and data ever obtained from the dwarf planet we know so little about. 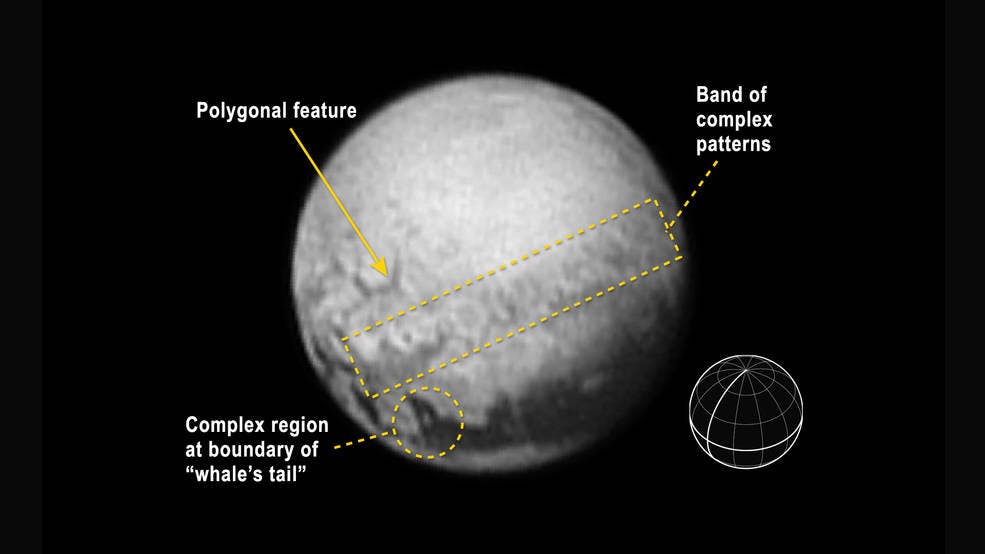 Even the first photo from New Horizons is revealing new information about Pluto, like the complex surface features that no one has ever seen before.

He pointed to the “whale’s tail” region annotated above.

“It’s a unique transition region with a lot of dynamic processes interacting, which makes it of particular scientific interest,” Niebur explained.

The picture was taken 3.3 million miles away from the planet. New Horizons will be flying much closer in the coming days, showing off the dwarf planet in even greater detail from as close as 7,800 miles away from the surface. That’s closer than the planes you can see looking up from earth.

After that, New Horizons still has more frontiers. The Kuiper belt, the enormous region of the solar system beyond the planets, is the next target for exploration.