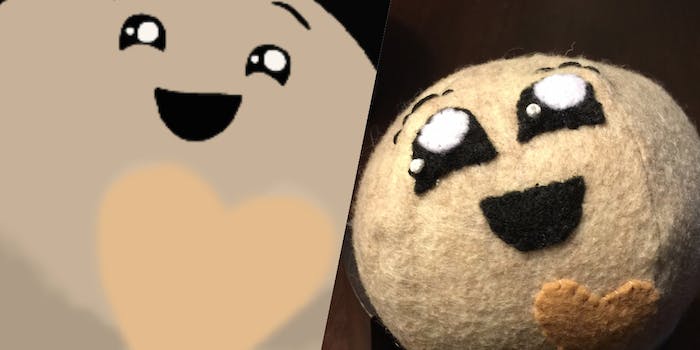 'So you dumped me years ago but now you're driving by my house real slow?'

Pluto may not be a planet—to the outrage of its biggest fans—but that won’t stop us from memeing it like it’s Jupiter. The recent flyby by NASA‘s New Horizons probe gave Pluto-lovers something far more important than planetary status: comedy.

Or is it tragedy? 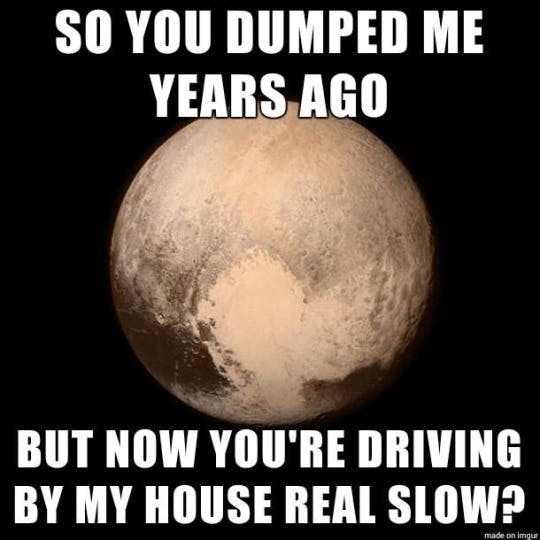 Pluto’s plight as a demoted planetary underdog is one of science fandom’s favorite lost causes, and the flyby has revived all of our conflicted feelings about the little guy. 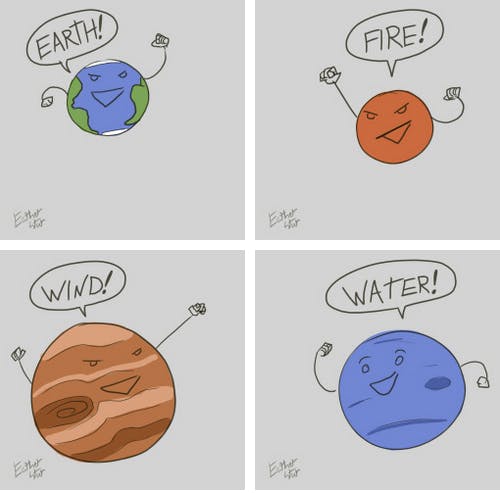 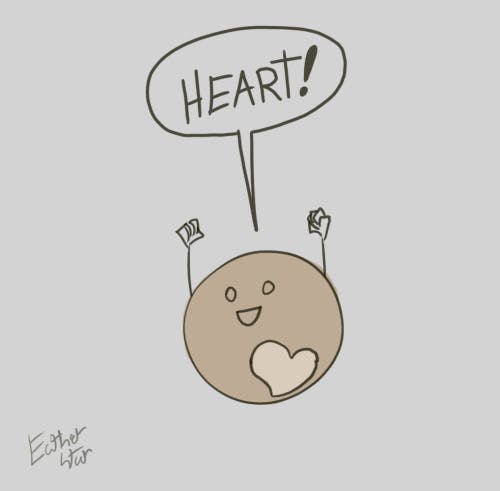 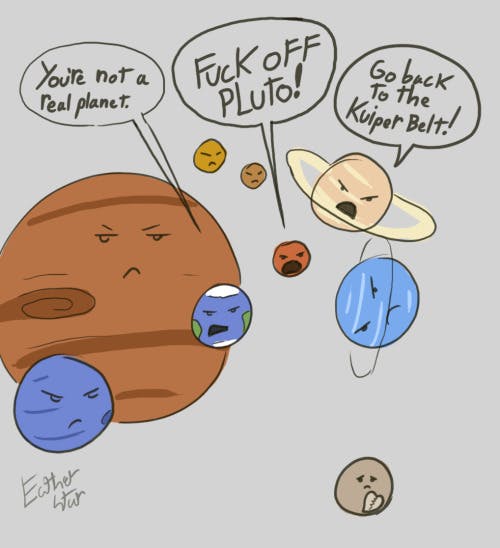 Pluto has clearly won our hearts by having one of its own. 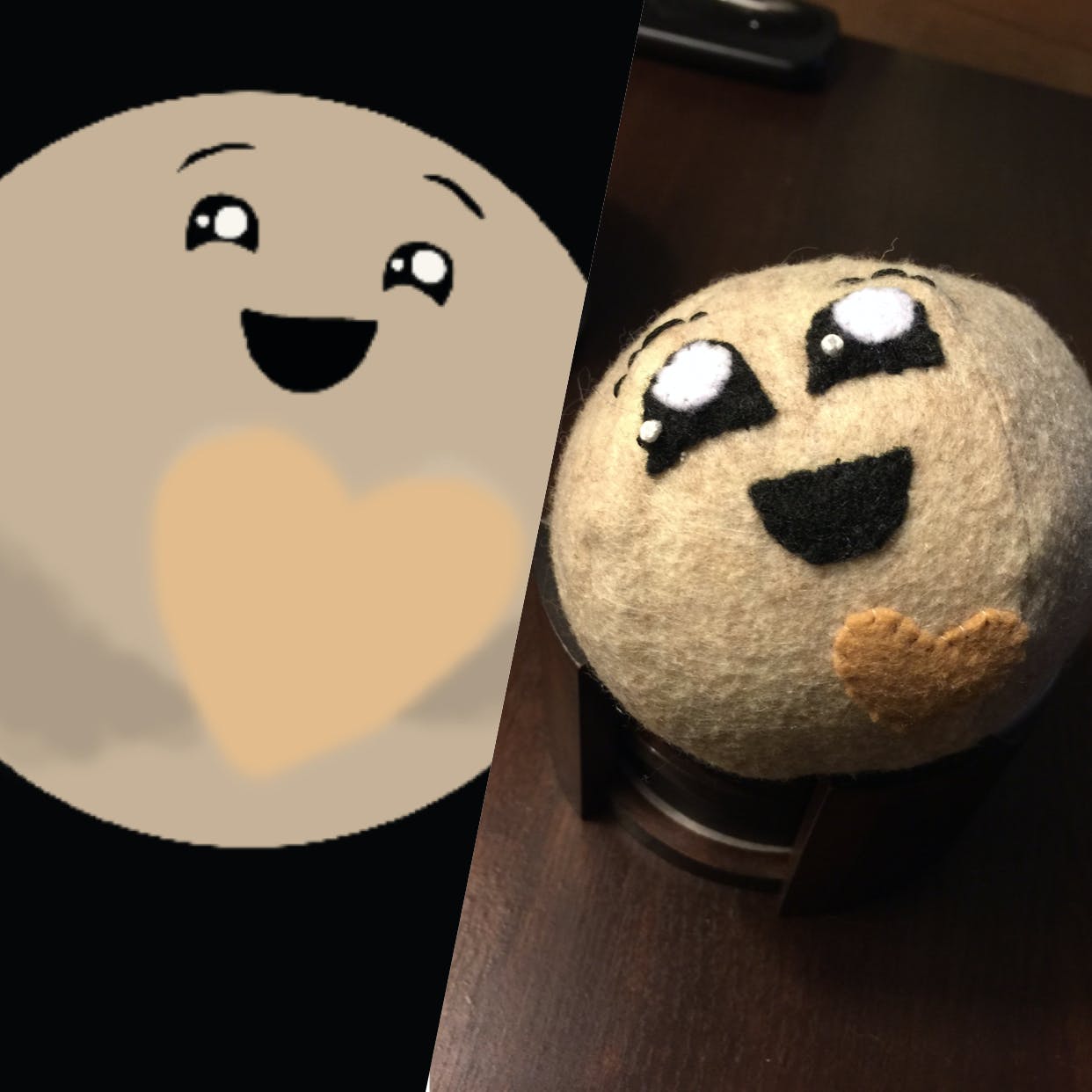 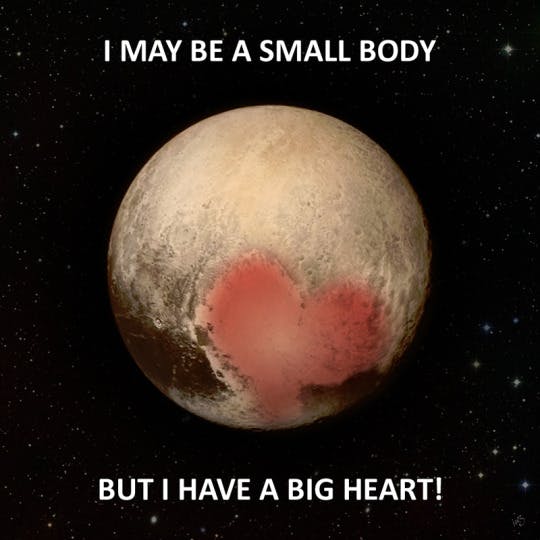 But like all planetary bodies, it also has its dark side.

Lots of net memes atm of Pluto looking like Death Star.. but this is Mimas… an actual moon of Saturn. pic.twitter.com/Vpyf9ZsoUA 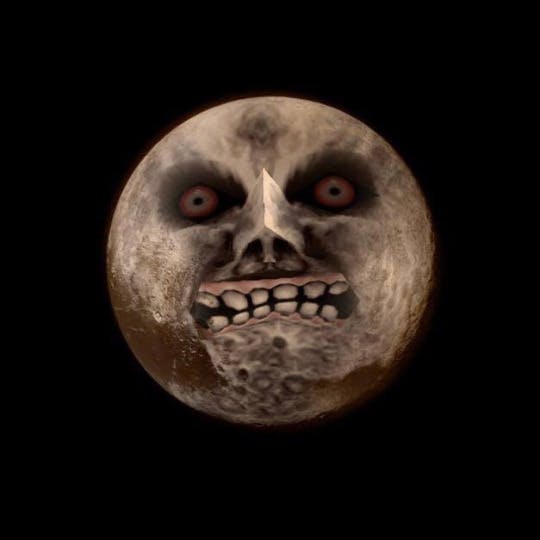 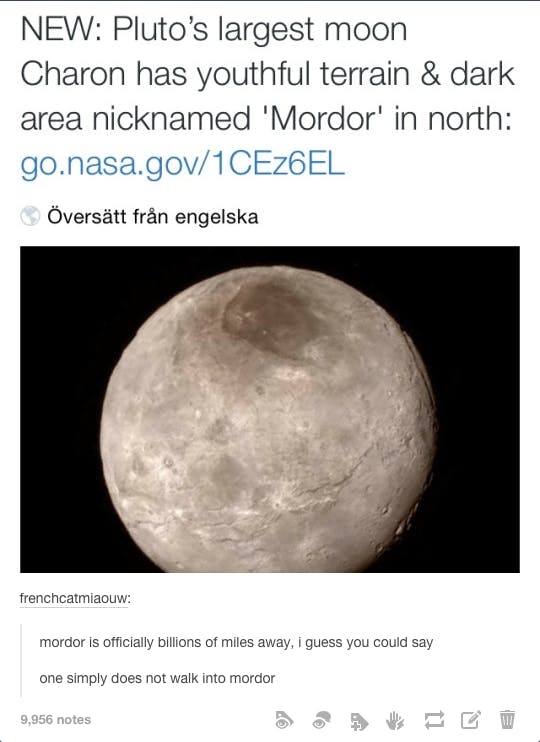 The flyby has also spawned its own Rorschach Test, given the many different things people (and self-aggrandizing brands) have observed in its tan orb.

The best thing about the Pluto image from NASA today is the silhouette of Pluto the dog right on it. pic.twitter.com/hVqD5QTwGz 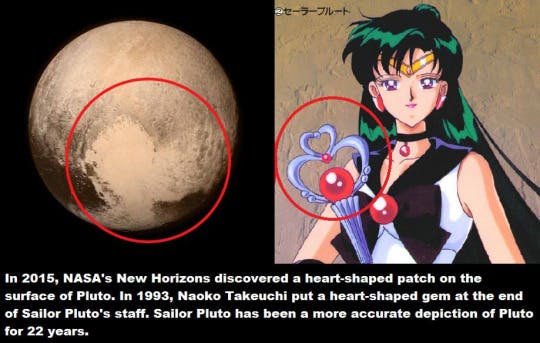 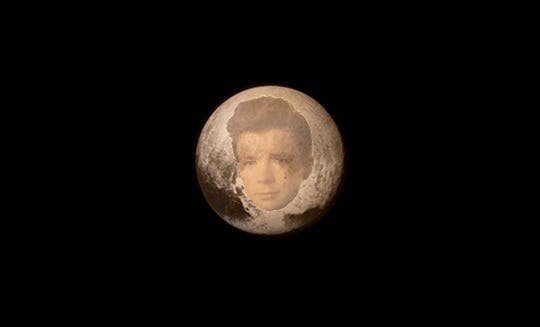 The closer it gets, the more delicious it looks. #Pluto pic.twitter.com/af9dgXPlAY 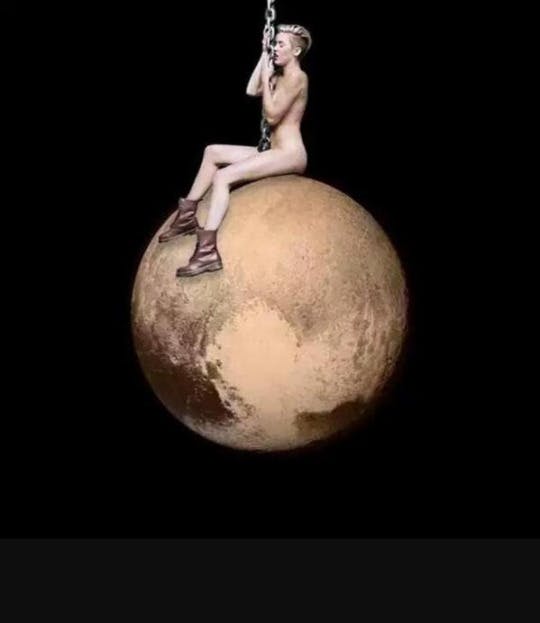 There’s even plenty of non-visual memeing to go around. Tumblr has adapted its “shoving breadsticks in my purse” fad to the uncomfortable subject of Pluto not being a planet. Here’s one variation on the theme that has been making the rounds.

me on a date: so what do you think about pluto
them: pluto’s not a planet-
me, shoving breadsticks into purse: i have to go home right now immediately

And, of course, if memes aren’t your thing, shipping is always in style.