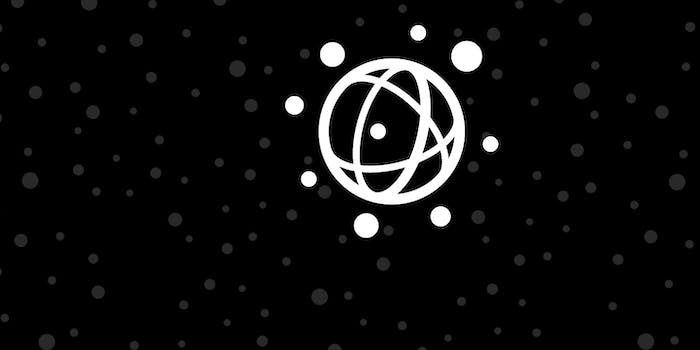 Some are calling for a retraction.

In January, the open access research journal, PLOS One, published a paper on the biomechanics of the human hand that explores the way the hand moves as a function of the tendons, muscles, and bone that make it up. What the editors and peer reviewers of the paper all apparently missed were three references to a “Creator,” or some god-like being, in the interpretation of the data.

The article, penned by researchers at the Huazhong University of Science and Technology in China, seems to take its conclusions as evidence for intelligent design. “The explicit functional link indicates that the biomechanical characteristic of tendinous connective architecture between muscles and articulations is the proper design by the Creator to perform a multitude of daily tasks in a comfortable way,” the paper reads.

On March 2, the editorial staff of PLOS One issued a comment on the article.

A number of readers have concerns about sentences in the article that make references to a ‘Creator’. The PLOS ONE editors apologize that this language was not addressed internally or by the Academic Editor during the evaluation of the manuscript. We are looking into the concerns raised about the article with priority and will take steps to correct the published record.

PLOS One additionally responded to questions by the Daily Dot, stating:

PLOS has just been made aware of this issue and we are looking into it in depth. Our internal editors are reviewing the manuscript and will decide what course of action to take. PLOS’ publishing team is also assessing its processes.

It’s unclear at this point whether PLOS One intends to issue an erratum to the manuscript, or retract it entirely, according to academic watchdog Retraction Watch.

“I am sorry for this has happened. I am contacting PLoS one to see whether we can fix the issue,” Renzhi Han, the editor listed on the paper, told Retraction Watch.

Meanwhile, researchers took to twitter to express their views on the paper under the hashtag, #HandofGod.

.@PLOSONE are going to have to admit that there is need for more detailed editing for the journal. #HandofGod + typos in most papers = 2much

Whether it's PLOSOne #HandOfGod or anything else, we need to remember this: https://t.co/f9EASUsOBO

In order for an article to be published in PLOS One, it must go through a peer review process where it is read and judged on its technical and scientific merit by a group of researchers relevant to the field. At that point, an editor reviews the peer review and decides if the paper is fit for publication, in need of revisions, or rejected. It’s unclear if the paper was submitted for revisions or not.

However, PLOS and most other scientific journals are mainly concerned with the technical aspects of the journals—something that PhD Comics notes is a little different from most academic publishing organizations. How the data are interpreted is largely up to the readership. Some commenters suggested the methodologies and results of the paper are technically sound and noted that the mention of a “Creator” only appear in the abstract, introduction, and discussion sections of the paper—not the methods or results sections that PLOS is mostly concerned with.

“If the experimental results are solid, then the authors should be given an opportunity to remove the questionable statements and republish with an erratum,” one reader commented. “The creationist conclusion does not appear to be critical to the interpretation of the study.”

Others suggested that any mention of religion and divinity have no place in scientific journals because a concept such as God is inherently untestable, and therefore unscientific.

“I think that pretending to defend a creationist argument (non-science) in a science journal raises serious doubts about the whole enterprise. The paper should be retracted,” another user commented. “As a PLOS ONE editor I believe accepting this situation would seriously damage our credibility.”

PLOS has more than 6,000 editors listed on its editorial board.

The Daily Dot also reached out to the corresponding author of the article, but did not get a reply by press time.

Update 4:40pm CT, March 3: PLOS One has retracted the disputed article. A comment left by the PLOS One staff on the article states:

The PLOS ONE editors have followed up on the concerns raised about this publication. We have completed an evaluation of the history of the submission and received advice from two experts in our editorial board. Our internal review and the advice we have received have confirmed the concerns about the article and revealed that the peer review process did not adequately evaluate several aspects of the work.

In light of the concerns identified, the PLOS ONE editors have decided to retract the article, the retraction is being processed and will be posted as soon as possible. We apologize for the errors and oversight leading to the publication of this paper.