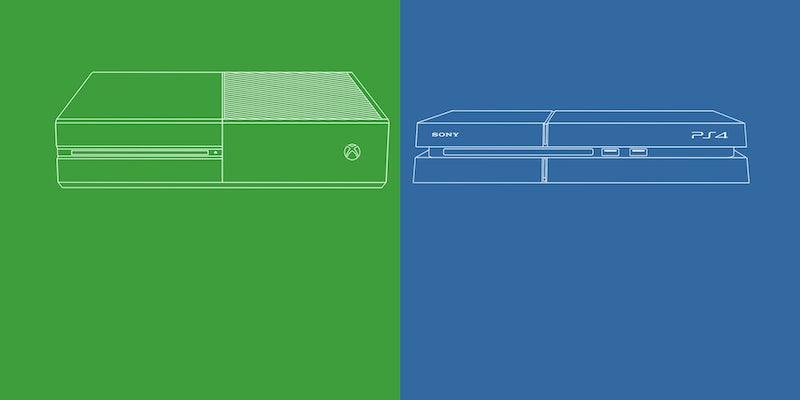 A side-by-side look at Xbox One vs. PlayStation 4, one year later

Here's how the systems match up in the living room, not on paper.

When the PlayStation 4 and Xbox One were released last year, console comparisons were based on potential, not performance. A comparison today, on the other hand, can be based on experience, not best guesses.

Many gamers are driven by the social gaming experience, which makes hardware comparisons between the PlayStation 4 and Xbox One moot. What matters most, and thus determines a purchase, is how many of someone’s friends are on either console.

If the social question doesn’t apply, then reliability, controllers, user interfaces, and media tools are the major differences between the two consoles. 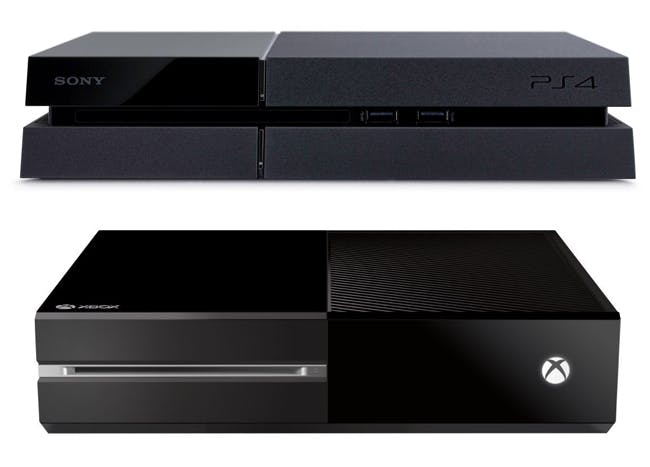 The PlayStation 4 looks great, and it always works

The PlayStation 4 is sleek and small, and the power cord runs straight from the back of the PS4 into an electrical outlet. The Xbox One looks like a brick. The Xbox One’s power cord runs to a large power brick, and the cord from the brick runs to the outlet. You essentially have two bricks to deal with when you set up an Xbox One.

I have never had a problem turning my PlayStation 4 on or off. That shouldn’t be a form of praise, but in this case it is because I’ve consistently had problems turning my Xbox One on or off. It is supposed to turn on when I hold down the guide button on the controller. Sometimes it doesn’t. Sometimes I have to use the power button on the console itself, and then turn the controller off and back on again, usually by removing and replacing the batteries in order to get the controller to re-sync with the console.

Other times the Xbox One turns on, but I can’t get the home screen to load, and the only solution is to turn the console off and then disconnect and reconnect the power brick from the outlet, which seems to refresh the system. I should not have to deal with any of this nonsense with an eighth generation game console. I trust my PS4. I don’t trust my Xbox One. 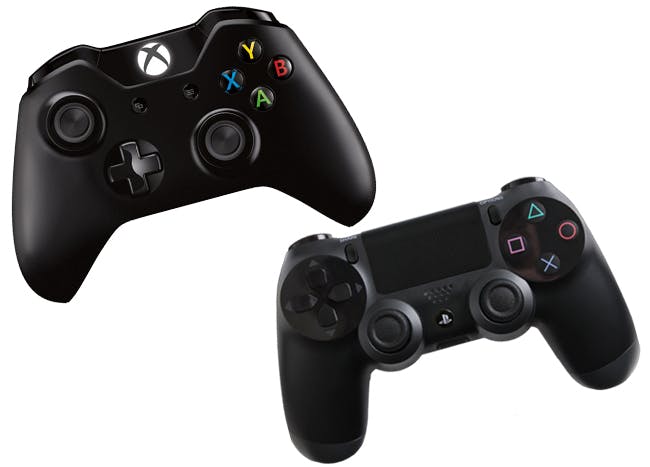 The Xbox One controller rocks

The DualShock 4 controller that comes packaged with the PlayStation 4 is the first major update to the DualShock design in a long time. The handles are more comfortable and slide into my palms much more easily than on earlier DualShock models. The thumbsticks are tighter, and they have slightly concave surfaces, which are easier to dig my thumbs into than the convex surfaces of previous DualShock controllers. And I loved the way Middle-earth: Shadow of Mordor made use of the speaker on the front of the DualShock 4 controller.

The light bar on the front of the DualShock 4 is obnoxious. It glares off the television screen so badly that I considered slapping a piece of electrical tape over it.

The Xbox One controller is vastly superior. The analog sticks are very tight, and with the right sensitivity setting in a game can lend themselves to really fine control over aiming. The trigger rumble in the Xbox One controller is fantastic, and games use it all the time. The shoulder buttons provide just enough resistance and have a decisive click when they’re pressed.

The only negative thing I have to say about the Xbox One controller is that it gobbles up batteries. The DualShock 4 controller recharges off the PS4, and that cuts both ways. Not paying for a constant flow of batteries is nice. Having to stop to recharge the controller in the middle of a gaming session is not. 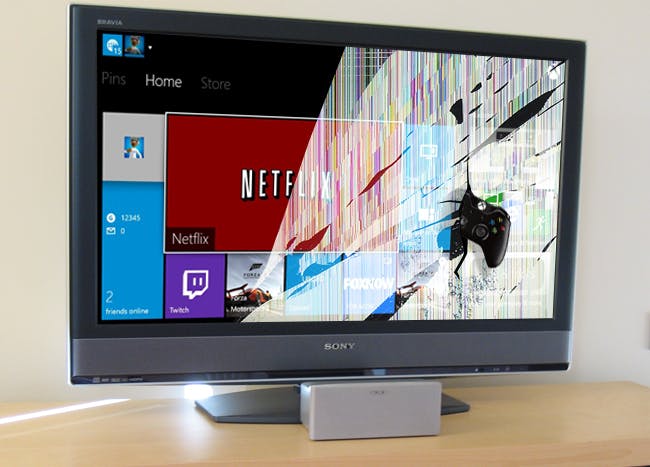 The Xbox One user interface is a God awful mess

When I log in to my PS4, I see a bar that runs horizontally across the screen. I can access all my games, and primary tools like the PlayStation Store and my installed TV and video apps like Amazon and Netflix, by scrolling left or right. If I need to get into system settings and profile info, I press up and see a derivation of the PS3’s XrossMediaBar.

Finding stuff on the cross media bar is easy. Social functions like notifications, my friends list, messages, and party management are laid out cleanly and are simple to manage. Options and settings for each item on the cross media bar are arranged vertically, identified mostly in text and supplemented by simple icons. The PS4’s user interface is a pleasure to use.

The Xbox One user interface, on the other hand, is a clunky mess of things that get in the way of what I want to do. The home-screen menu options change based on whatever software I was using the last time I was logged on to the console. I can create a more consistent set of choices by “pinning” games and programs to a different menu to the left, which ought to be the first thing I see when I log in.

Instead, the home screen lists information about things to buy and upcoming events that should be relegated to the store section of the UI. My “friends” screen is similarly loaded with extraneous information, like who has the most points in a given day or what games they’ve been playing.

The PS4 is clearly a video game system, and has a clean UI which reflects its clearly stated purpose. The Xbox One, on the other, is a “media center,” so the Xbox One’s UI is confused because the console is confused. The Xbox One tries to do everything at once and put it all center stage at the same time. The end result is an awful user interface that even gets in the way of smooth social interaction on the Xbox One.

Managing parties is a chore. Sending game invites to friends is far too complicated. My friends and I often have issues with Xbox Live party chat dropping out, such that we’re frequently rebooting our consoles to try and solve the problem.

It’s amazing how poor a job the Xbox One does when it comes to getting together with your friends online. Social gaming was the strength of the Xbox 360 over the PlayStation 3. Dropping the ball this badly on social interaction is the biggest misstep Microsoft has made with the Xbox One, which is saying a lot as the history of the Xbox One to date is a series of massive missteps. 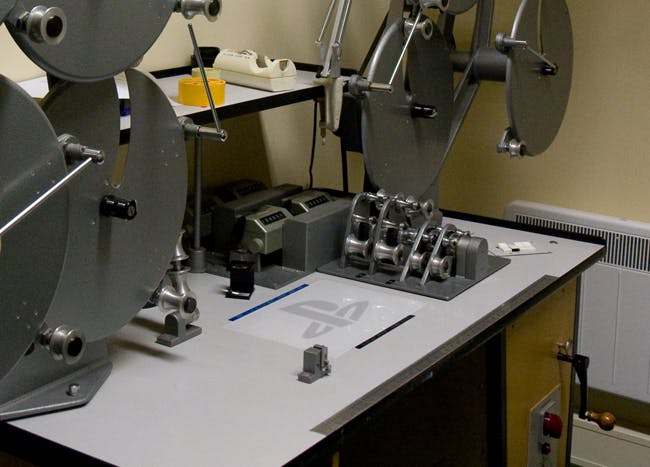 Media sharing on the PlayStation 4 is clearly superior

Sharing to Facebook or Twitter from the PS4 is simple. The Share Factory editing tools are easy to use. If you want to post your clips to YouTube, you can download your media to a USB drive, and from there trasfer it to your PC and then upload it to YouTube. I have enjoyed taking, editing, and sharing game footage on the PS4.

Trying to capture and share game footage on the Xbox One, on the other hand, is as much as struggle as fighting the user interface. The system was built around saying “Xbox, record that,” to get a 30-second clip of game footage. Try getting that to work if you’re not using headphones and the game volume is turned up to any appreciable level. Only recently did Microsoft add the option to double-tap the guide button on the controller, and then press X to capture the last 30 seconds of footage. Half the time that results in accidentally exiting to the home screen, which is where the guide button takes you if you press it once.

To grab longer clips of game footage on the Xbox One I have to pop out to the Game DVR app, which necessitates a substantial interruption to gameplay. The Game DVR has also been unreliable. I often instruct it to record the last five minutes via the requisite menu option, and wind up with a 3:59 clip length instead. Even when I edit multiple clips together, I am still limited to 5 minutes of footage, which is too short a period to capture some of my epic moments like long battles in an RPG.

I’ve never had any trouble with the Xbox One editing tools in the Upload Studio. Once I have edited the Xbox One footage, however, I have to upload it to Microsoft’s OneDrive tool, download the footage from there onto my PC, and then I can upload the footage to YouTube. 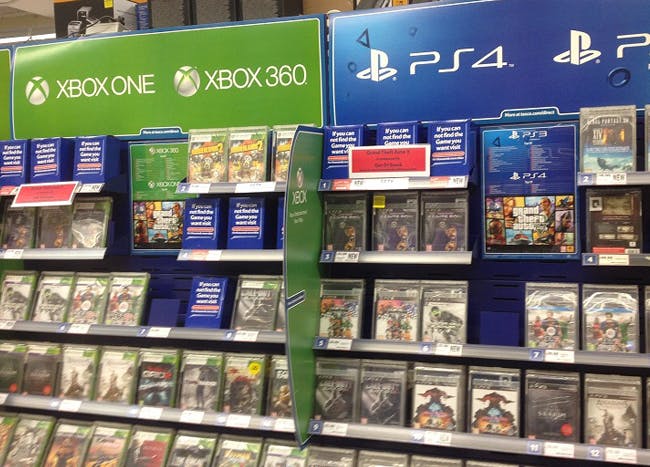 Neither system wins on exclusive games or online networks

All the previous distinctions between the two consoles are more important than talking about games, or PlayStation Network vs. Xbox Live, because I think neither has a clear lead when it comes to the quality of system-exclusive games or online services (not including social tools, which I associate more with the user interfaces).

The PlayStation 4 has Driveclub, Gran Turismo 7, Infamous Second Son, Killzone Shadow Fall, and Knack. The high-profile exclusives on the horizon are Uncharted 4, Silent Hills, and The Order: 1886.

I think the closest thing to a system-seller on that list is Titanfall. It’s the best shooter currently running on any platform. Someone has to really like FPS games to spend $350 on an Xbox One just for Titanfall.

Silent Hills on the PlayStation 4 could be amazing, based on how much I liked the playable teaser P.T., but I don’t buy consoles based on games that aren’t out yet. I recognize the huge fandom for and the industry importance of the Uncharted franchise. Again, the game’s not out right now.

Most of the best console games released this year like Dragon Age: Inquisition, Middle-earth: Shadow of Mordor, and Wolfenstein: The New Order run on both platforms. The PlayStation 4 versions of these games look slightly better, but not so much that I think this will be a factor for anyone other than a graphics fetishist.

PlayStation Network and Xbox Live, the online networks for the PS4 and Xbox One respectively, are roughly equivalent to each other. I need a premium subscription on either console if I want to play games online. A year’s subscription to PlayStation Plus costs $50. A year’s subscription to Xbox Live Gold costs $60. I can’t imagine that an extra $10 a year is a deal breaker for most gamers, and if you shop smart you can get subscription cards for either service that will cost you much less than the listed price if you buy through either console’s online store.

Both services give me free games. PlayStation Plus does seem to give me a slightly better selection of free games than Xbox Live Gold, but that’s just as subjective a question as trying to compare the PS4 and Xbox One exclusive game lists. I have never, in either case, seen a game that I was being offered for free that knocked me off my feet.

The PlayStation 4 is clearly the superior system in terms of how it’s performed in my living room. The race isn’t even a close one.

Image via Mark Farrell/Flickr (CC BY 2.0)