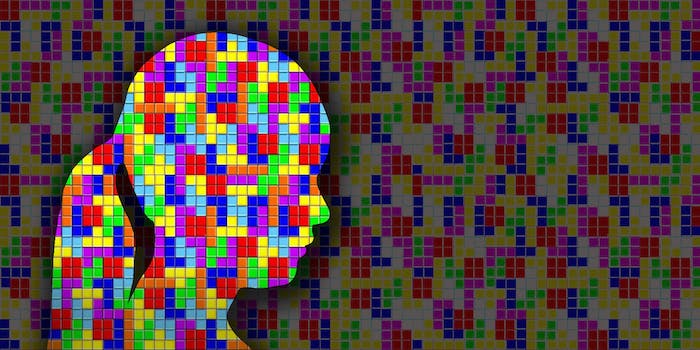 Tetris could be good for your brain

Give in to the addiction.

Critics of video games love to point out unproven, theoretical connections between video games and violent behavior. They ignore, however, things like the potential benefits of playing Tetris.

On Tuesday, the PBS video series BrainCraft published a YouTube segment about what happens to the human brain when someone plays Tetris. The video is not one-sided. Concerns about video game addiction may fairly apply to extreme amounts of Tetris intake. Fair assessment is a balancing act, however, and studies have suggested cognitive benefits of playing Tetris as well.

Thickening of the outer layers of some parts of the brain, increased efficiency of thought, and a reduction in episodes of post-traumatic stress disorder are observed effects of playing Tetris. The evidence is far from conclusive, but these research results are examples of why video game fans ought to encourage and not fear studies as to the effects of playing video games. Positive ramifications help reinforce the value many see in gaming.

A related episode of PBS’s Game/Show discusses the origins of Tetris in Soviet Russia in 1984, and why the game is so easy to get hooked on, which includes study of the biochemical effects on the brain from playing Tetris.

If you somehow have never played Tetris before, it’s available on almost every gaming platform ever invented. We hesitate to say “every” for fear of there being an exception or two, but on PC, game consoles, and even cell phones, there’s a version of Tetris for you to try.

Tetris has not waned in its popularity for over three decades. If you’re looking for evidence that the game is addictive, that might be enough to go on, by itself.