The dream team of Ohba and Obata return to what they do best.

If you’re a fan of Death Note or Bakuman, then you know that the combined powers of manga writer Tsugumi Ohba and artist Takeshi Obata are a lethally addictive mix of drama, fast-paced narrative, and gorgeous art.

Death Note, with its dark social satire and over-the-top supernatural melodrama, continues to loom large over the cultural landscape. So it’s a pleasant surprise to see that for their third collaboration together, the new manga Platinum End (recently released in English through the VIZ Media app), Ohba and Obata are once again returning to what they do best—supernatural beings interfering with the lives of moody young men. 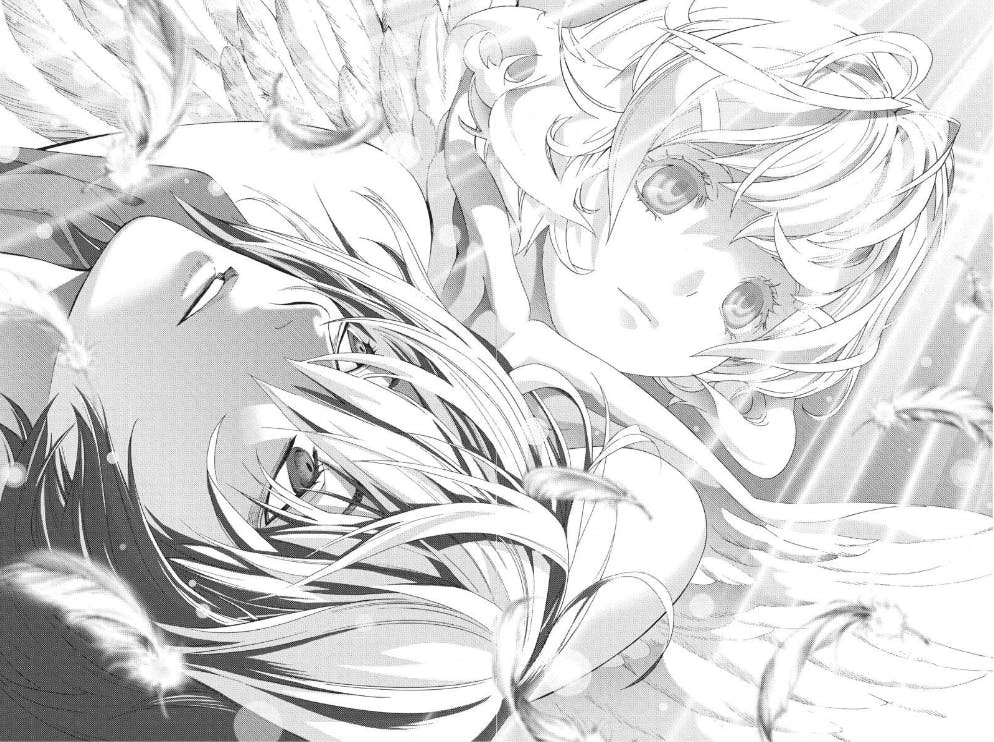 The story of Platinum End is in many way’s Death Note‘s inverse: Death Note begins with a sociopathic teen having an encounter with a death god who leads him on a path toward ultimate power and immortality.

Platinum End also opens with an encounter with a supernatural being—but the main character, Mirai, isn’t thirsting after glory and power. Raised by cruel and abusive relatives, Mirai is suicidal, isolated, and friendless. His is a shadow of the respectable middle-class family that Death Note wants to deconstruct.

Luckily for Mirai, his attempt to end his life is thwarted by a quirky guardian angel named Nasse. Nasse, for purposes of her own, is determined to see that Mirai experiences true happiness. To that end, she gives him two tools she declares will aid him in his journey. The first is a pair of wings, to give him freedom. 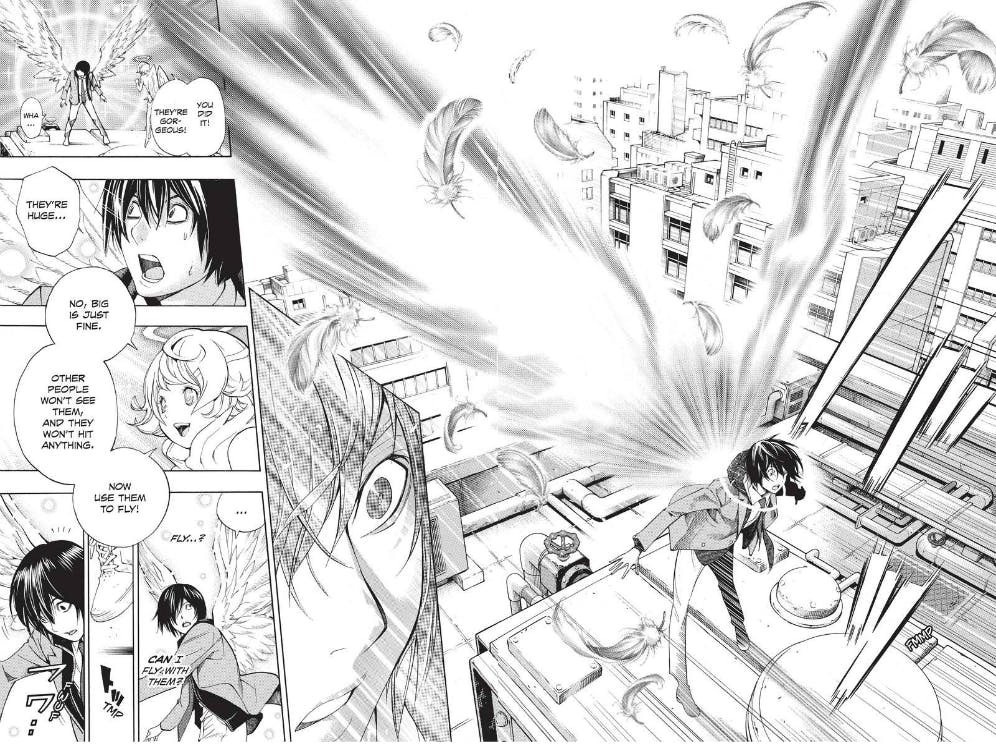 The second is darker: a set of arrows that will make anyone he strikes fall hopelessly in love with him, giving him total control over them. This, too, is reminiscent of Death Note, and in true Death Note form it’s not long before the bodies are falling, as Mirai uses the first arrow to learn a chilling family secret. From there, the story takes a sharp turn for the fantastical, as we learn that Nasse has plans for her protegé.

How Platinum End plans to build on this story remains to unfold in future chapters, but already there are interesting developments. Though Nasse seems content to watch over her human charge, her ulterior motives, and those of the other angels we briefly see, remind us of Death Note‘s truly inhuman and morally detached shinigami. While Mirai is appalled by the power and control that the arrows of love give him, we know how the creators love showing us how easily power can corrupt.

But for now, Platinum End chapter 1 ends on a hopeful note: Mirai is happy—and so are fans eager to see the dream team of Ohba and Obata, back in action at last. 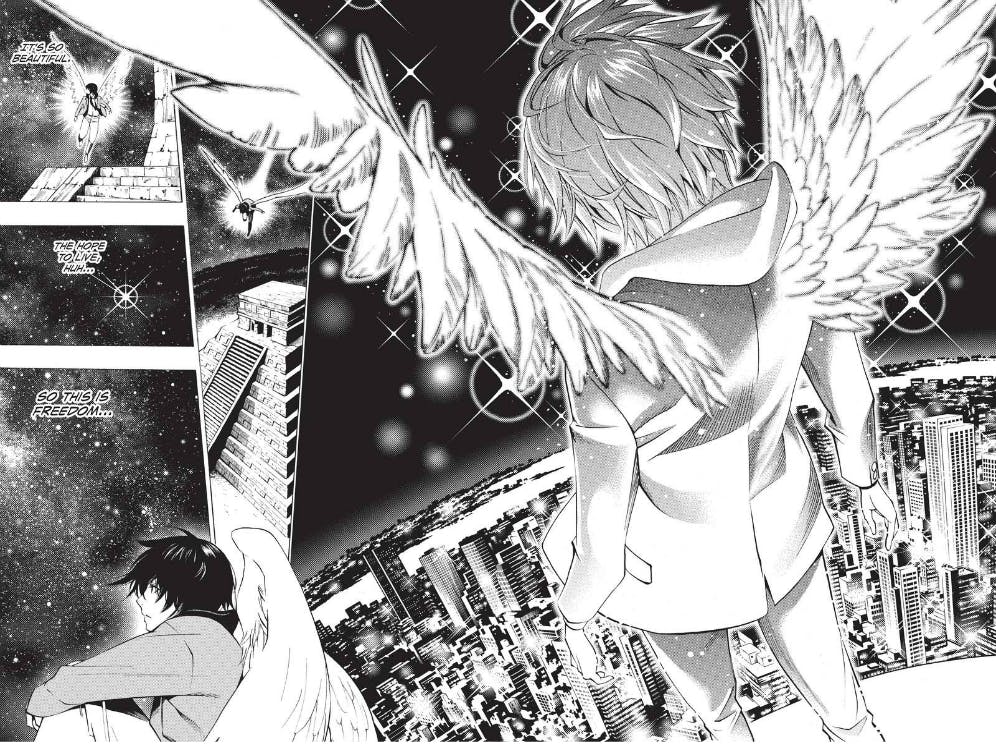