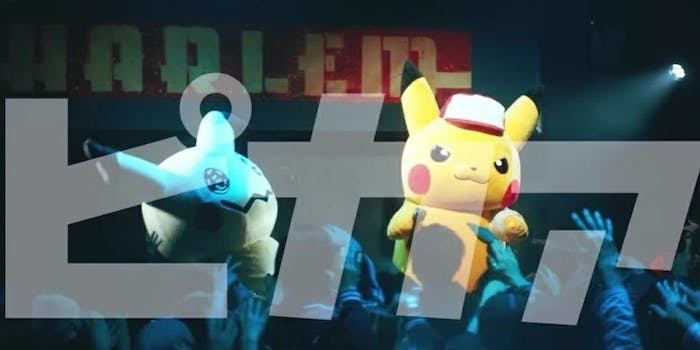 There was a clear winner.

Sure, Pikachu is one of the most popular Pokèmon in existence. After all, Ryan Reynolds is set to play Pikachu in an upcoming movie, it’s a Japanese ambassador, and it has its own McFlurry flavor.

But how would Pikachu fare if it had to participate in a rap battle against a fellow Pokèmon? If the video below is any indication, the answer is simple: pretty damn well.

And though the Daily Dot reported in 2016 that “everybody loves Mimicyu” which “looks like a shabby version of Pikachu,” the newer Pokèmon clearly has a tough battle ahead in order to get the best of Pikachu. Watch as they throw down.

If there’s a language barrier on that video that prevented you from understanding what was said, you’re probably not alone. But the confidence displayed by Pikachu—and the fact he destroyed Mimicyu—doesn’t need an interpreter at all.