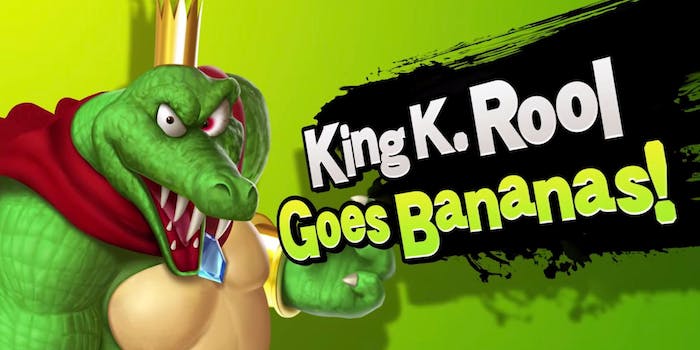 Here’s what Donkey Kong Country’s boss would look like in Super Smash Bros.

It's about as close to release as the Smash world is going to get—for now.

Super Smash Bros. players have a pretty extensive wishlist of characters for their favorite game. Now, one of their dreams has come true. Sort of.

The montage, which comes both with and without artist commentary, is equal parts fan service and unmitigated skill. By reimagining existing characters, adding high-resolution textures, and keeping to the Smash aesthetic, Artsy Omni manages to manufacture models that would impress even Nintendo.

With Nintendo slowly rolling out new characters, including Mewtwo last month, there is still hope that the king crocodile could make his debut. But for now, this montage on steroids will have to suffice.