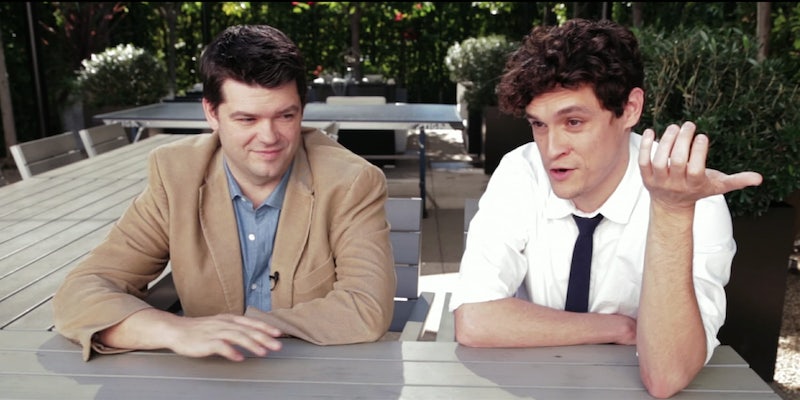 Screengrab via The Hollywood Reporter/YouTube

It's the first time they've addressed it since their departure.

It’s been five months since Lucasfilm parted with Solo: A Star Wars Story directors Phil Lord and Chris Miller due to “different creative visions,” but they haven’t talked publicly about departing the Star Wars anthology film until now.

Lord and Miller were on hand at the Vulture Festival Sunday for a Clone High panel where they both addressed being removed from Solo. They were rather diplomatic when speaking about the experience and had nothing but praise for the people who worked with them, with Lord describing making the film as “wonderful.”

“I think in terms of us leaving the project, I think everybody went in with really good intentions and our approach to making the movie was different than theirs,” Lord said. “That was a really big gap to bridge, and it proved to be too big. Sometimes people break up, and it’s really sad, and it’s really disappointing, but it happens and we learned a lot from our collaborators and we’re better filmmakers for it. We’re really proud of the work we did on the movie and we wish everybody the best.”

Miller joked that he and Lord were drunk for the panel before launching into his own statement, one that echoed Lord’s.

“As Phil said, we had such a great relationship with cast and crew, we were really rooting for them,” Miller said. “After we took a much-needed vacation, we got back into it and now we’re writing and producing a sequel to The Lego Movie and producing a Miles Morales animated Spider-Man.”

Although reports surfaced as to what went on behind the scenes in the immediate aftermath of Lord and Miller’s departure from Solo—they were replaced with Ron Howard—there’s enough distance now between their departure that they can look back at the film with perspective.

Solo will arrive in theaters May 25.