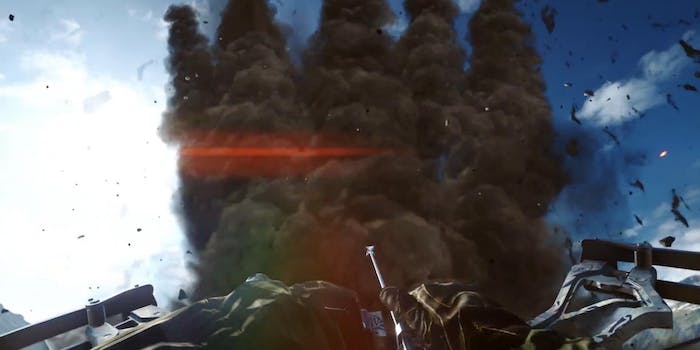 This isn't a stealth weapon anymore.

A bow is usually employed in stealth in games like Crysis 3 for picking guards off the perimeter before you sneak in to raise hell.

But a bow in the final DLC for Battlefield 4 can apparently knock down buildings.

The Phantom Bow is only available to players who paid $50 for Battlefield Premium. Maybe that’s why Electronic Arts and developer DICE made sure the Phantom Bow was worth the money by making it stupid powerful.

It punches holes through concrete walls, collapses basements, destroys bridges, and blows up gas stations. Which, as this YouTube video demonstrates, quickly devolves into a circus.

If you don’t feel like paying for Premium, you can always kill someone in the game who is carrying the Phantom Bow, pick up the dropped weapon, and enjoy destroying, well, pretty much everything.