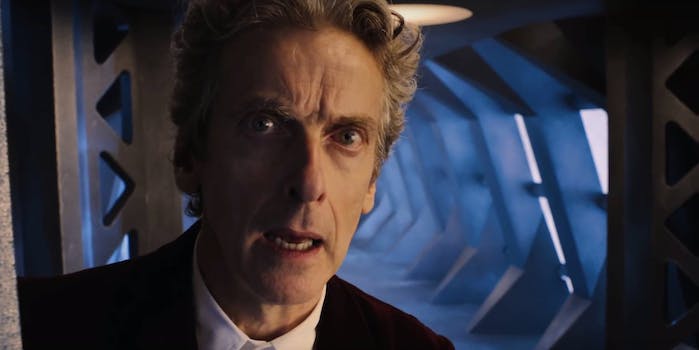 Peter Capaldi plans to leave ‘Doctor Who’ after this season

Another regeneration is coming.

Actor Peter Capaldi announced Monday afternoon that the upcoming season of Doctor Who would be his last.

BREAKING NEWS!
“It (the new series of Doctor Who) will be my last… I feel it’s time to move on.”
– Peter Capaldi
#DoctorWho pic.twitter.com/4gx9rTShPZ

Capaldi joined the loved BBC sci-fi series as the 12th Doctor to play the show’s leading role in 2013. Capaldi told the BBC in a radio interview that he was asked to stay, but his contract was up and he wanted to move on to other projects. In addition to the new season of Doctor Who that will air sometime this spring, Capaldi will appear in the Doctor Who holiday special in December.

Doctor Who has accommodated the change of actors in the lead role over the years by making the Doctor’s regenerating abilities part of the plot.

The news is sure to spark immediate speculation about who might be the next Doctor. Fans who have long advocated for a woman or person of color to take the helm of the TARDIS are sure to pipe up with their suggestions in the coming weeks and months, though it’s very unclear if showrunner Steven Moffat will get behind the idea.