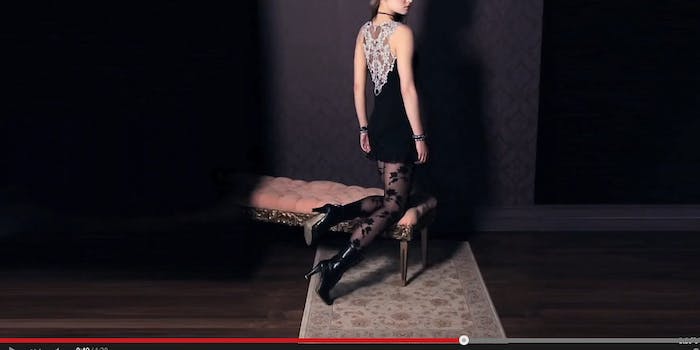 The second season of ‘Penny Dreadful’ looks creepier than ever

The best horror series on TV is back.

For a melodramatic horror series about Dorian Gray, Frankenstein, and demonic possession, Penny Dreadful is astonishingly classy. The slow-moving pace and all-star cast lent some weight to all that Victorian pastiche, and after eight episodes we were left wondering why more TV shows couldn’t be like this.

The trailer for the second season includes Eva Green waltzing with Frankenstein’s Monster and Billie Piper rising from the grave, but it still manages to maintain a certain gravitas. You’re going to want to toggle the video to full screen for this one.

Yes, that’s Helen McCrory (Harry Potter‘s Narcissa Malfoy) bathing in blood while smoking a cigar and singing the appropriately-titled folk ballad “The Unquiet Grave.” Her character, spiritualist Madame Kali, is going to have a much bigger role this season, and will be joined by a daughter named Hecate. Season 2 will also introduce a mysterious character played by Broadway star Patti Lupone, fresh from another horror role on American Horror Story: Coven.

This trailer tells us precious little about what will happen this season, but that doesn’t really matter. The entire plot of the first season boiled down to “all the characters met each other and went looking for Mina Harker,” and that was still more gripping than most TV dramas. In this case it’s not the story that matters, but how Penny Dreadful chooses to tell it.