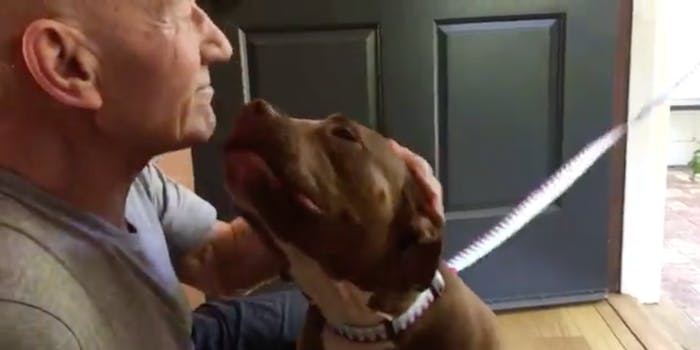 While Sir Patrick Stewart is commonly associated with the X-Men universe these days, plenty of fans have a special place in their hearts for his role as Jean-Luc Picard. The Star Trek captain was often stern and aloof, but everyone on the Enterprise crew and in the audience knew that deep down he was an old softie.

With that in mind, please feast your eyes on this adorable clip of Stewart welcoming home his new foster pup, Ginger.

Thanks to @ASPCA and @WagsandWalks Sunny and I are finally fostering our 1st pitbull! Meet Ginger. I'm in LOVE. #AdoptDontShop pic.twitter.com/VQUBDvZhi9

This clip is already heart-meltingly adorable, but it gets even better if you imagine Stewart in his Starfleet uniform momentarily forgetting his poise in the face of a smiling doggo.