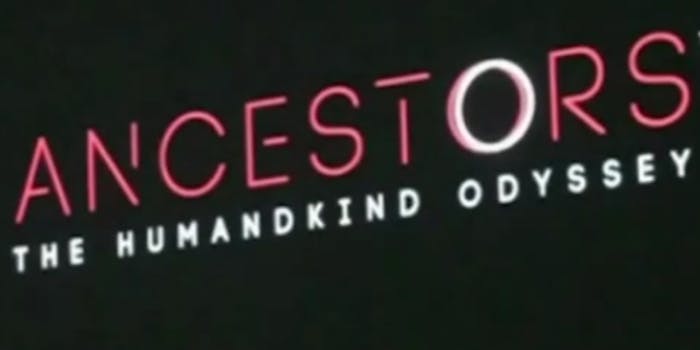 The creator of Assassin’s Creed has revealed his new game.

As with most game reveals, the short video Désilets shared with the audience during his presentation said very little about the game. The majority of the reveal video was a pictorial walkthrough of key landmarks in human evolution. Ancestors: The Humankind Odyssey will be episodic, following a trend begun by Telltale Games and seen in games like Resident Evil: Revelations 2 and Life is Strange. Désilets’s new game will also have a documentary feel.

The theme of human evolution fits with Désilets’s interest in historical fiction. Exploration of ancestry is a key theme of the Assassin’s Creed franchise, which Désilets created while working for French publisher Ubisoft. The bulk of Désilets’s presentation, as reported by Eurogamer, was not about his new game, however, but about the career path which led to the founding of his indie studio Panache Digital Games.

After working on Assassin’s Creed, Assassin’s Creed 2, and Assassin’s Creed: Brotherhood, Désilets took a sabbatical from Ubisoft. “We did Brotherhood in 10 months,” Désilets said at his presentation, as reported by Eurogamer. “And then I realized something—maybe I was working too much. I had my second daughter, and when she was 2 days old, I was already back at work on Brotherhood.”