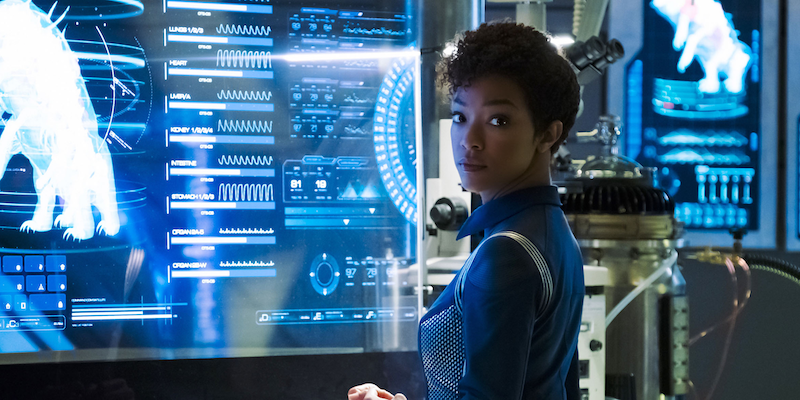 After a period of (dare we say it?) overly dark and gritty content, Star Trek: Discovery has really found its feet. The main characters feel like a true Star Trek crew, there’s a satisfying balance between humor and emotional depth, and the season-wide arc is seriously intriguing. In the latest episode of the Parsec Podcast, we discuss how we fell in love with the show.

Among other things, we cover how Discovery measures up to previous Star Trek series, debate our favorite characters, and examine the popular fan theory about a secret Klingon spy. Sure, we still have a few criticisms—but we’re very excited to see what happens next.

Need to catch up? Check out our Star Trek: Discovery episode recaps: One and two, three, four, five, six, and seven.

Our last Parsec Podcast was an interview with a time travel philosopher. Next time around, we’re chatting with C.S. Pacat and Johanna the Mad, creators of the sports anime-inspired fencing comic, Fence!