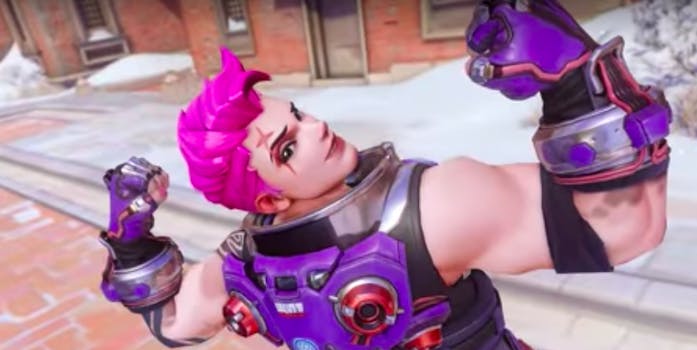 The 'experiment' has only given fuel for rampant sexism in esports.

Second Wind, an unsigned team in the Overwatch Contenders league, has started 2019 with controversy after learning their first female player, Ellie, appears to be a “social experiment” conducted by a male streamer.

On Jan. 2, Second Wind announced that a player known only as “Ellie” had stepped away from the team due to rampant harassment and threats of doxing, according to Game Informer. A Twitter account labeled @ellie_OW tweeted nothing but “sorry” the same day.

Since then, it has been revealed that Ellie was not a real player but appears to be a “social experiment” conducted by a streamer known as Punisher, according to streamer Aspen and the same report from Game Informer. The Overwatch community (at least the more progressive sides of it) are infuriated at the deception and lasting harm the incident might cause.

On Saturday, Second Wind released a statement about the Ellie incident via TwitLonger. According to Second Wind, their initial desperation to fill their roster by the beginning of the season led to recruiting Ellie based off of their leaderboard score. When the team tried to verify Ellie’s identity, they said, the player’s hesitance to go more public with their participation on the team was waved off as a reasonable privacy concern.

“When we originally contacted Ellie, there was nothing that would spark suspicion,” Second Wind wrote in a statement. “They seemed to be very genuine and willing to work with us on calls and within private messages. Due to the fact that we do not have any physical contact with our players, we wanted to verify their identity but also wanted to respect their privacy as well. We genuinely had no idea of what was to come, and at the time we underestimated how important it would be to set an example as the first team to take on a female player for Contenders.”

Second Wind states that after questions began to arise from the community about Ellie’s identity, team leadership began working with Blizzard to verify all the necessary information and quell suspicion. To protect her privacy, Second Wind went so far as to ask Blizzard to not publish Ellie’s name on the site.

After Ellie stepped down, Blizzard informed Second Wind that “they were not who they claimed to be, and discovered that the Ellie account was used for purposes we do not support,” the team said. “We apologize to the community as a whole for not handling this situation better when we should have, and we will aim to do better.”

Competitive Overwatch player and streamer Aspen took to Twitch to tell her side of the Ellie story, saying that Punisher was actually behind the Ellie persona. But some have cast doubt on that story, too.

I think the Ellie situation being spun as a social experiment is so silly. I don't believe it for a second. I think it started out as a joke that went too far and they didn't know how to deal with it. For those wondering what I'm talking https://t.co/SOnxyhqaJ3

Esports consultant Rod Breslau also tweeted several times, sharing his evidence alleging that Punisher was using “Ellie” as a front to make money and entertain himself.

I have received screenshots of Punisher in a private message conversation with a woman Overwatch player 'Catsui', who was not aware of this incident until recently. Punisher, seen in a Battlenet conversation under Ellie, uses his 'egirl smurf' to grief OWL and other top players. pic.twitter.com/K1Tb2PFVLL

Catsui tells me over the phone that Punisher also proposed to her a similar 'social experiment' as his playing through/with Ellie, and she says that he apparently had asked several women in the Overwatch community the same.

Another female Overwatch player has come forward who also used to talk to Punisher. Discord messages between them show Punisher telling her he has a girl, "a lot of them actually", who speaks on voice for him while playing. Says players slid into DMs to offer money & 'seduce him' pic.twitter.com/ZB0Kc2z0sZ

Bunnyadore tells me she met Punisher through quickplay LFG and after playing duo with him a girls voice suddenly came on & they were both laughing. Bunny says Punisher was shady and made creepy jokes saying 'I love you' & using her cute 'scottish accent' as one of his girl voices pic.twitter.com/hC4lrGxQcB

Punisher bragged to bunnyadore by sending her a video of him playing on another alt 'Bmily' with @xQc and Fleta, getting potg. He clipped it through his own Twitch account of Fleta's stream. A woman's voice can be heard saying "gg guys" after xQc speaks. https://t.co/FMc2i3MYV0 pic.twitter.com/N8QN0s4yB0

The reaction to this long, ludicrous con has been full of anger, frustration, and disappointment, particularly about the very real harassment that female esports players face. Those female players, many contend, will now face even greater threats of doxing because of the suspicion this “social experiment” will stir up.

The Ellie OWL cat-fishing drama just doubled down on all the problems women in esport and online gaming have to deal with in reality, while simultaneously embarrassing everyone involved. Cool story.

Harassment is real. Not a joke, or the subject of your half-assed “experiment”.

Been waiting for the org statement

Events like these are doubly painful. "ellie" was a conduit for the very real hurt and harassment that women experience in gaming. Now, vindictive men celebrate. We must not forget the first lesson: to support women if we want esports to thrive https://t.co/1n83zC70j9

This whole ellie situation honestly is just adding fuel to an already on fire dumpster fire of misogyny and blatant sexism that's been around @PlayOverwatch WELL before now. Every game we, as women play, is another dose of the stark reality girls are consistently harassed/abused

Liz Richardson, the managing editor of OverwatchScore.com, an Overwatch League news site, said there will be “lasting consequences” for female players.

“I am seven goddamn thousand levels of livid about this Ellie situation,” Richardson tweeted. “People involved aside, this ‘stunt’ will have lasting ramifications for ANY woman/[non-binary] person trying to get into Contenders. They will ALL now be subject to ‘lol are you real??’ harassment.”

I am seven goddamn thousand levels of livid about this Ellie situation. People involved aside, this "stunt" will have lasting ramifications for ANY woman/nb person trying to get into Contenders. They will ALL now be subject to "lol are you real??" harassment.

Richardson also called on male Overwatch pros and fans to “exile” misogynist gamers from the community.

“Hey esports boys? You’ve been talking a big game about equality and fairness the past few days,” Richardson continued. “Now is the time to step up. Call out your bros who are suddenly OK with this. You’re truly tired of this shit too? DO SOMETHING. If this was really a fellow male esports player doing this stunt, now is YOUR CHANCE, men. Exile him. Call out his bullshit. Don’t let him play on your teams. Don’t let him into your Discords.”

If this was really a fellow male esports player doing this stunt, now is YOUR CHANCE, men. Exile him. Call out his bullshit. Don't let him play on your teams. Don't let him into your Discords.

Others mocked male fans and players who respond poorly to being called out for perpetuating sexist behavior.

anyway, my heart goes out to every girl who wanted to believe ellie was real and was just excited to see someone like them play in contenders, and then had to watch the situation deteriorate like this. i'm sorry