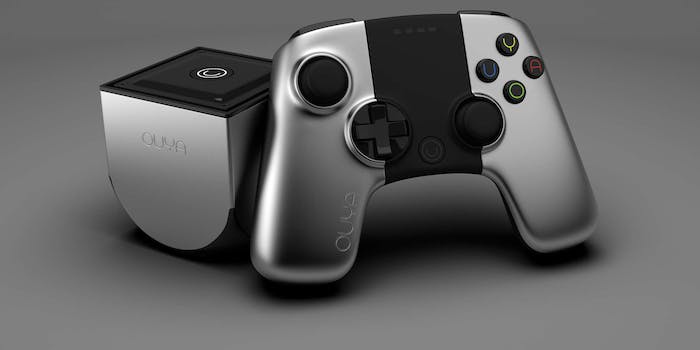 The deal will allow the Ouya environment to be accessible from Xiaomi’s new set-top box and television.

Ouya, the little Android console that was kickstarted in 2012, is making major strides overseas. The company has just announced a partnership with Chinese cellphone manufacturer Xiaomi that will allow the Ouya environment to be accessible from Xiaomi’s new set-top box and television.

Ouya has been struggling to find a foothold here in the United States. Although the prospects of a completely open Android console were promising, consumers have yet to find it necessary to add a completely new box under their televisions.

The company seems to have also noticed the wane in demand and has since announced the Ouya Everywhere program. The idea is to have the Ouya platform be available on as many other set-top boxes possible. Currently the only platform to allow the Ouya Everywhere app on its box has been the Madcatz Mojo. The idea of having a Smart TV come with a game controller and built-in Android console seems to be a great value add for consumers.

Although Ouya hasn’t struggled to gain traction, the company has definitely kept pace in game development. Its team is rather active in funding independent developers and promoting smaller games at conventions. While it’s also rather selective on which projects it puts funding behind, those games tend to generally be of a higher caliber than your normal Android game.

As a games publisher, Ouya is one of the most exciting ones to follow.