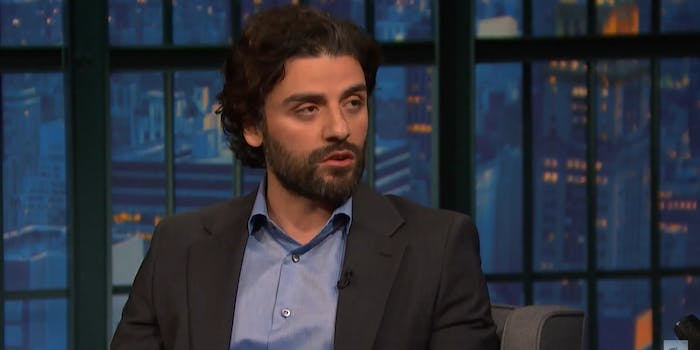 It must be Geek Week on Late Night with Seth Meyers. First Meyers invited Jon Snow to a dinner party, and then he interviewed Oscar Isaac about his experiences on the set of Star Wars: The Force Awakens.

Isaac plays an X-Wing pilot named Poe Dameron in the upcoming Star Wars sequel, and in his conversation with Meyers, he revealed that he actually asked real-life pilot Harrison Ford for some tips on his role. Ford’s answer? It’s all fake, dude. And it’s in space—realistic piloting tips don’t really apply here.

Like any sane Star Wars actor, Isaac seems genuinely hyped about his role. As he explained to Meyers, he and his family used to dress up as Star Wars characters for the new movie releases. His most memorable costume idea, by the way, has to be seen to be believed.