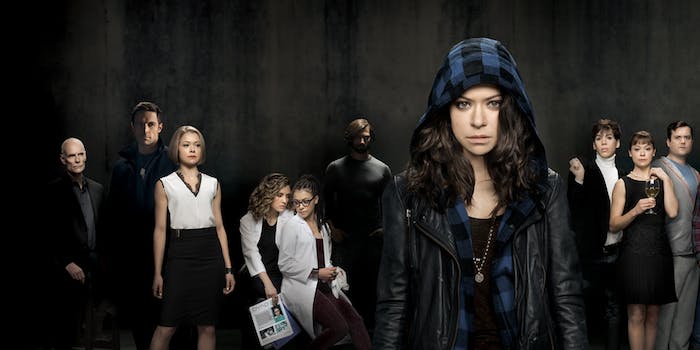 Amazon must be feeling rather geeky lately. Earlier this week they briefly put all of A Song of Ice and Fire on sale for a tasty $10. Now Variety reports Amazon Instant Video will be offering Orphan Black fans a chance to stream the entire first season online for 24 hours, just in time for the show’s third-season premiere.

The free period starts Friday at 12:01 am PT (3:00 am ET). That’s plenty of time to marathon all 10 episodes and even pile on most of Season 2 before Saturday night’s 9pm ET premiere. Drink lots of coffee, Clone Club members! You can do it!

The cult sci-fi hit has been a huge boost for BBC America, AMC, and star Tatiana Maslany, who plays most of the major characters on the show in a tour de force series of transformations. Maslany was nominated for a Golden Globe last year for her performance. In the event she makes it through a third season without snagging an Emmy nomination, there might be rioting in the streets.

The stream will be available to viewers via the Amazon website and any mobile or other devices using the Amazon Instant Video app. If you don’t have any of those but do have cable, IFC (a BBC America sister network) will also be airing a full Orphan Black marathon before the premiere.

You can catch the premiere Saturday at 9pm ET on AMC network channels, including AMC, IFC, SundanceTV, and BBC America.