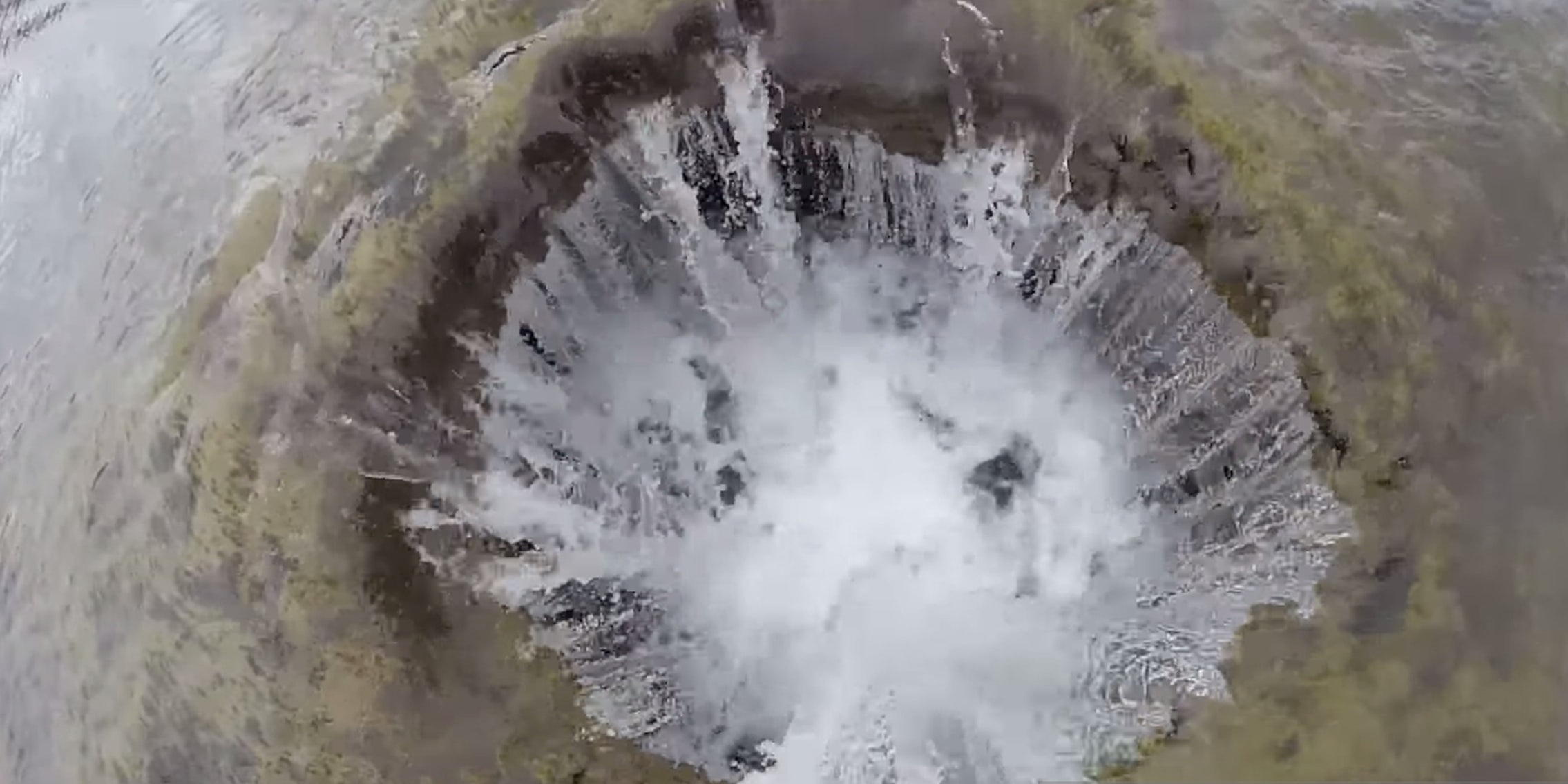 But where does it go? Nobody knows.

Oregon is a strange land full of strange sights like the Lost Lake, a lake that cyclically fills and drains into a giant hole in the ground every year.

The hole is the 6-foot-wide opening of a lava tube, one of many such features in Oregon. Many of these lava tubes also cause other lakes to drain throughout the year.

The lake fills past the drainage capacity of the tube every summer as the snow pack from nearby mountains melt and feed the lake. Come winter, the lake drains and turns into a meadow.

There’s something eerie yet relaxing about watching all that water disappear into a huge hole in the ground in this video of the lake posted by the Bend Bulletin.

Scientists aren’t really sure what happens to the water once it disappears down the hole, though they think it feeds an aquifer that replenishes the groundwater in the area. The lake is not yet threatened by drought conditions in Oregon, either.

The Bend Bulletin reported that some people have tried to plug up the hole in the past, but to no avail. But even if they were successful, Lost Lake spokesperson Jude McHugh told the Bulletin, it would just flood the area, including the nearby roads.