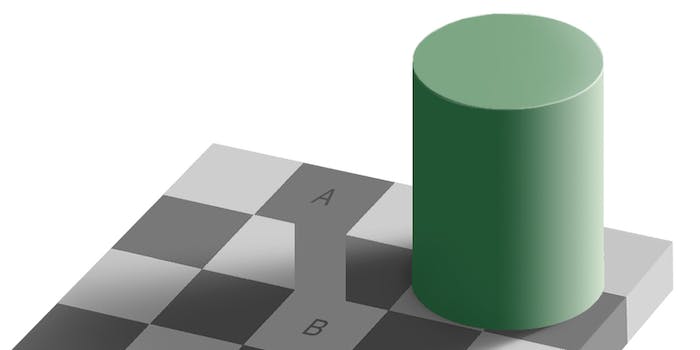 5 optical illusions even better than The Dress

We get it. A bunch of us think the dress is white and gold.

If you were around for the cracktastic Magic Eye illusion fad of the ’90s, you know we’ve been here before. But thanks to the Internet it’s even easier to (temporarily) scramble your brain than ever.

Here are a few of our favorite quick-fix mindblowing optical effects. They’re perfect for totally confusing yourself or someone close to you.

Many of the phenomena below utilize an effect called afterimage, where the retina retains an impression of an image even after it’s done looking at it.

Look at this GIF for 30 seconds—or a little longer, depending on how long you want the results to last.

Now look at something else. We recommend looking at Starry Night: 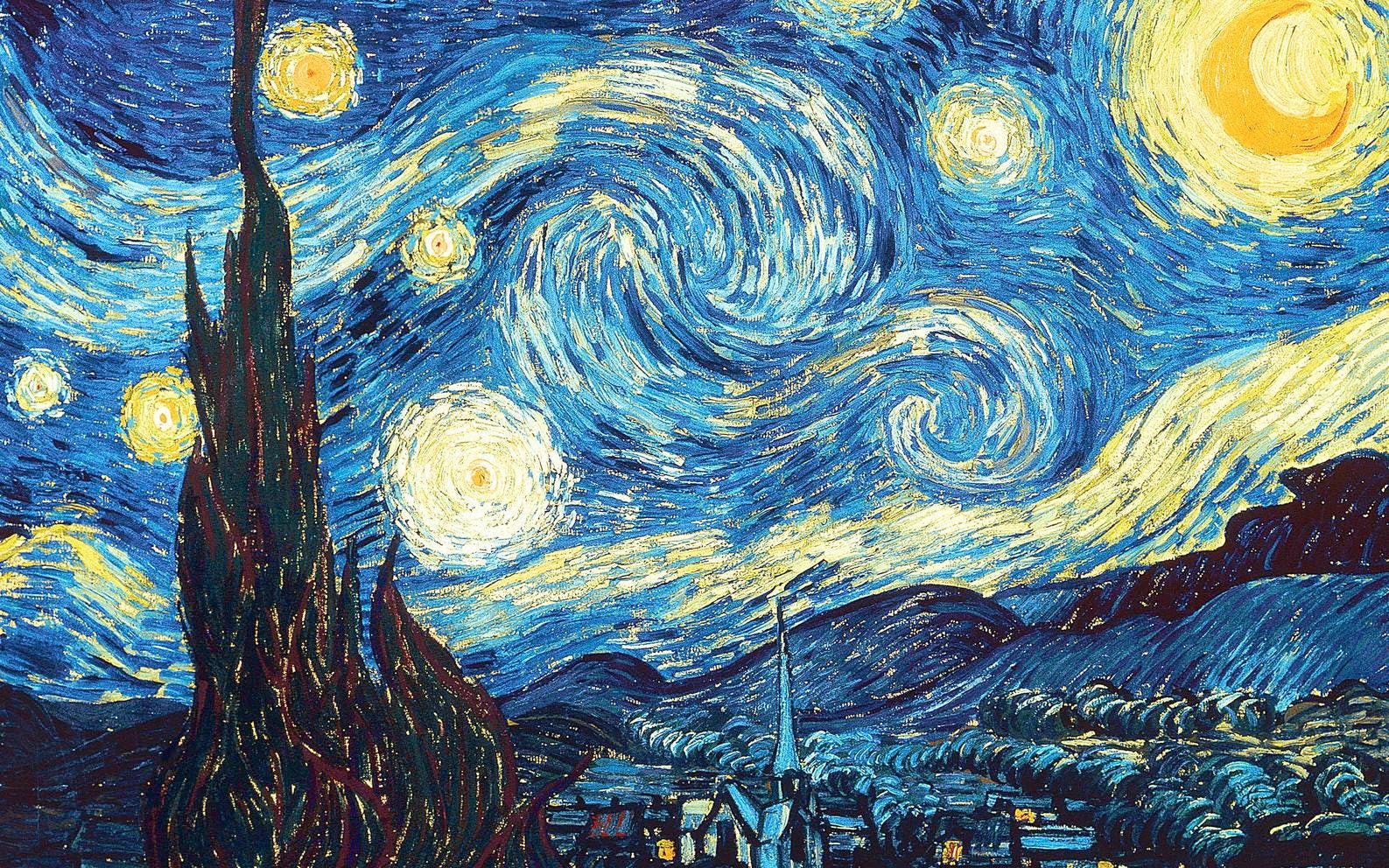 Now go lean against something stable for the next few minutes.

Courtesy of RocketNews 24 and the country of Japan, we bring you an optical illusion that’s been going viral in the land of the rising red dot.

If you didn’t see an another version of this image, you might want to stare a little longer.

You can see more of this kind of optical illusion at RocketNews24, or at this obsessed Pinterest.

This is a great illusion because it’s simple and immediately illustrates how easy it is for our perceptions to change.

The trope-namer for this illusion is the Spinning Dancer, an optical illusion created by designer Nobuyuki Kayahara in 2003. It’s the simple image of a spinning dancer in silhouette.

The genius of Kayahara’s graphic is that the silhouette form robs us of any context like depth to help us decide which way the dancer is moving. Without any depth cues our perception keeps changing.

Here’s another rotating gif that plays upon the same perceptual trick: a hollow mask of Charlie Chaplin. The hollow side of the mask appears to be fully formed, and tricks the viewer into believing the mask is abruptly spinning in the opposite direction.

Don’t understand how this works? Watch the original video for comparison.

If you can’t see this optical illusion, then there’s a strong possibility you might be schizophrenic.

Just when you thought your mind was a safe place, it turns out you can’t trust your eyes or your ears. As our friends at ASAP Science explain, sound waves can be as deceptive as light waves.

This is another impossible-to-believe illusion that hits us right in the white-gold/black-blue conundrum. Check out the squares marked A and B. 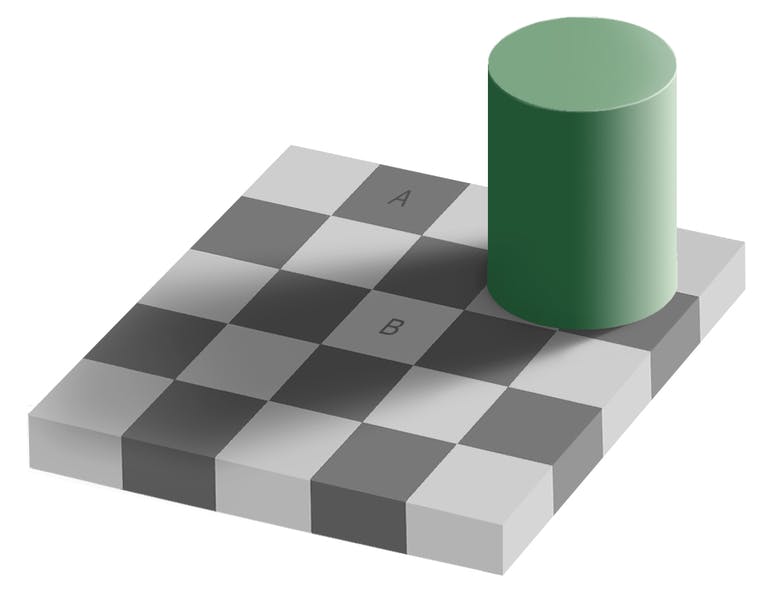 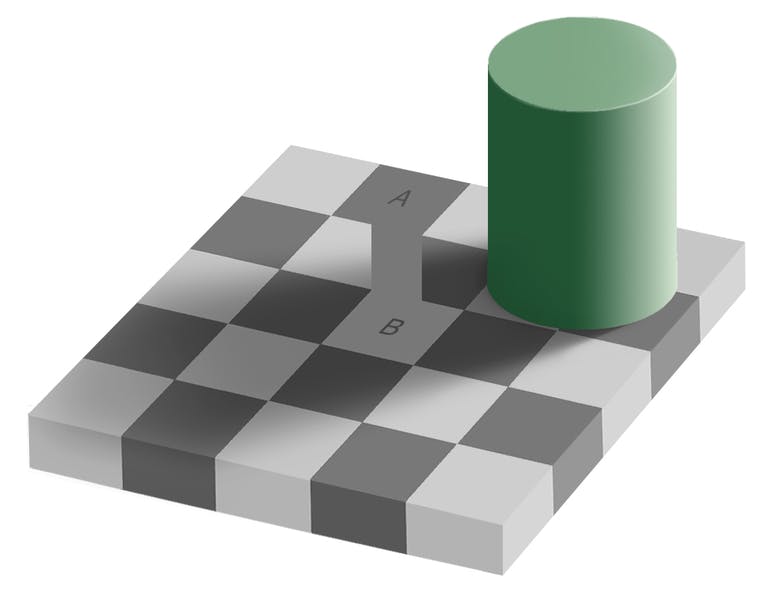 In short, the dress is blue, there were no weapons of mass destruction, and everything you know is a lie.