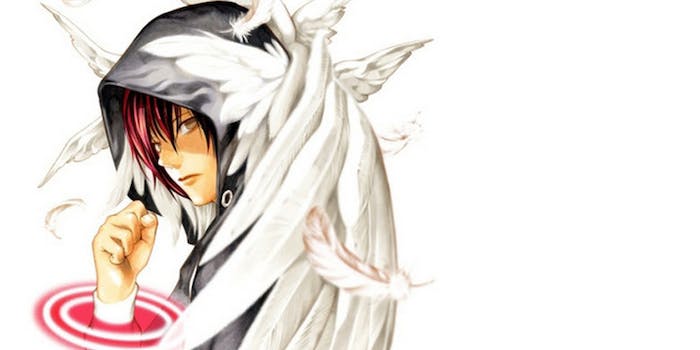 The dynamic duo that brought you 'Death Note' and 'Bakuman' have a new project coming in November.

The creators of Death Note may be going back to their roots.

Tsugumi Ohba and Takeshi Obata, the writer and artist of Death Note and Bakuman, announced Monday in the Japanese edition of Sh?nen Jump that they’ll be publishing their third manga together later this year.

Platinum End is a story about a boy and an angel, according to the information released for the manga, which will debut in Japan on Nov. 4.

The pair also revealed the first promotional images from the series: 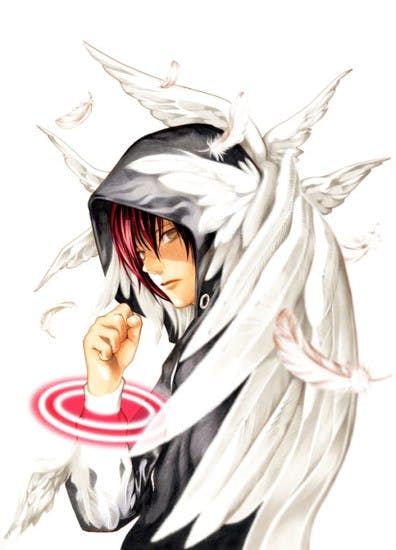 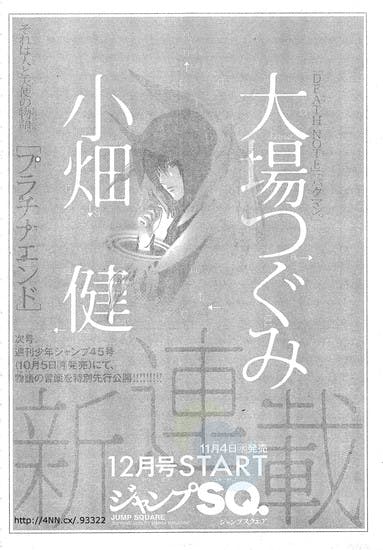 The manga, which will premiere in Sh?nen Jump‘s sister publication Jump Square, tells the story of “a human and an angel,” according to Anime News Network, “which will center around Mirai Kakehashi, a boy who ‘does not seek out hope in order to live.'”

This premise sounds like it has a bit in common with Light, the bored teen at the center of Death Note, and his interactions with the death god Ryuk.

Death Note remains one of the most popular manga and anime series in Japan, with over 30 million copies of the manga sold worldwide, and a perennially stalled U.S. film adaptation perpetually on the way. Next year in Japan, the franchise is getting a series of film sequels that seem to be only tangentially connected to the original storyline.

Fans can look for a preview of the first chapter of Platinum End to debut in next week’s October issue of Shounen Jump.