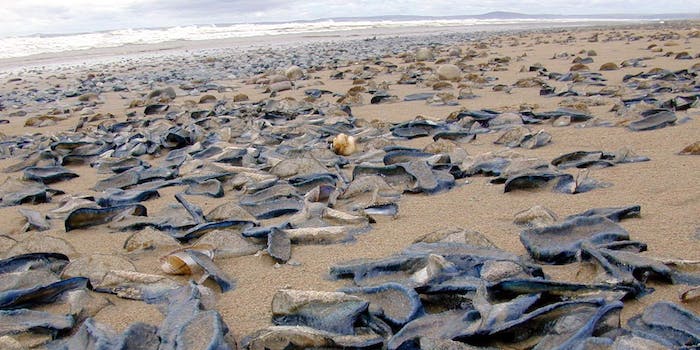 What are these odd sea creatures washing up on California beaches?

No, they're not jellyfish.

A beach in California was just invaded by platoons of odd-looking, jellyfish-like creatures. But they aren’t jellyfish. They are considerably weirder.

Known as “by-the-wind-sailors” or more scientifically (but no less poetically) as Velella velella, these creatures float on the surface of the open ocean using the stiff, clear sail that sticks up from their bodies. When currents and wind are not in their favor, they tend to wash up on beaches because they have no way to propel themselves. Otherwise, they munch on plankton and try to avoid being munched on by another weird ocean critter: sea slugs.

The fact that they washed up in California isn’t that alarming:

The sight of thousands of washed-up “by-the-wind-sailors” is not uncommon to the West Coast as the phenomena occurs locally at least once every decade, according to [Ucluelet Aquarium curator Laura] Griffith-Cochrane who said the last mass-stranding occurred in 2010.

“It’s one of those things that happens in a cycle,” she said “It seems to happen years that are a little bit warmer and it seems to happen in years when we have more consistent winds but it does happen every four to ten years.”

Instead, the news is an opportunity to talk about a really awesome creature.

Each palm-sized, apparently singular organism is actually a colony of V. velella. The by-the-wind-sailors are groups of all-male or all-female polyps during just one stage of their life cycle, which has alternating generations. The colony is made up of different kinds of polyps—some eat, some reproduce, and others sting like a jellyfish’s tentacles. From sexual polyps spawn another version of V. velella that look a lot like a jellyfish but again, aren’t. These medusae carry symbiotic algae inside their cells, so they can make energy from sunlight. Their offspring are little larvae that develop into the polyps that team up to make a by-the-wind-sailor. 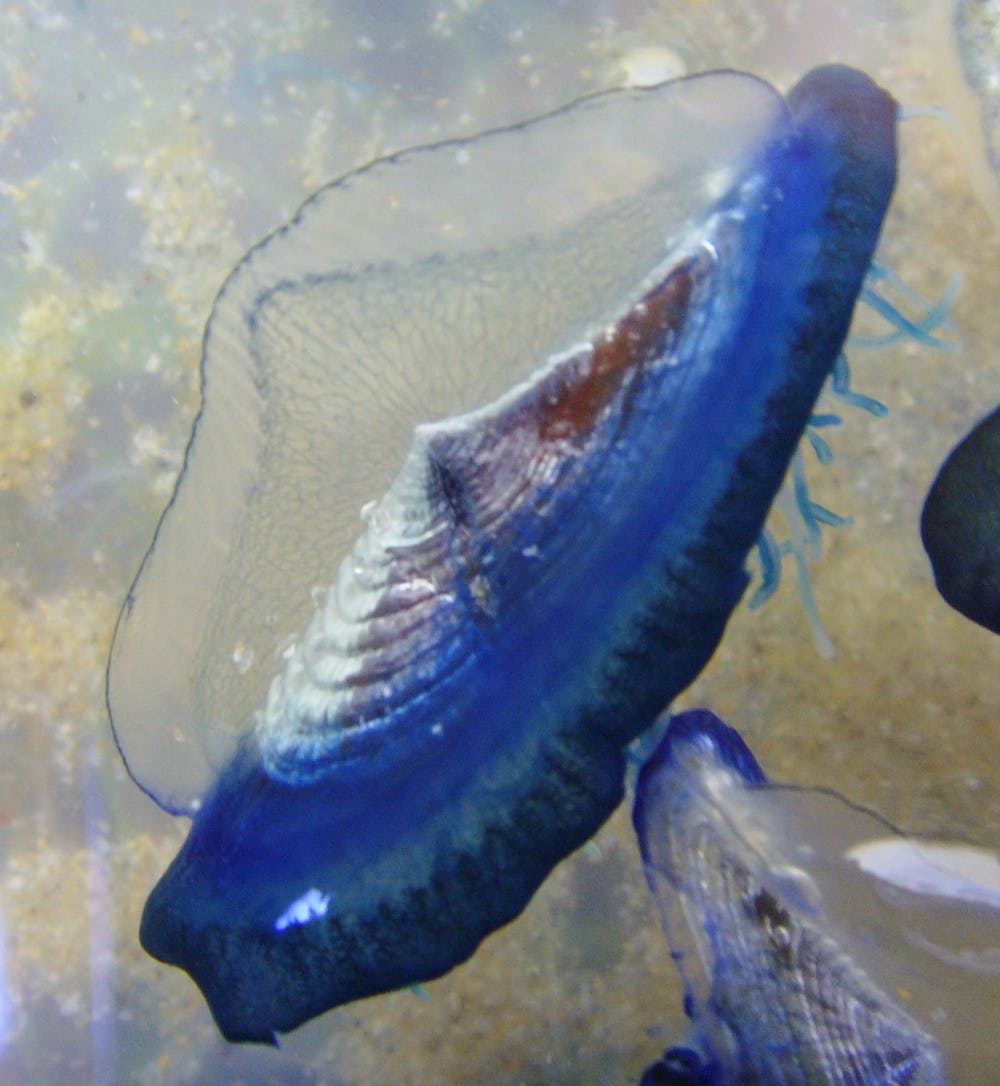 Close up of Velella velella via Jymm/Wikimedia Commons

Super weird. And they are just one example of a group of organisms called siphonophores, which includes the venomous, tentacled, not-a-jellyfish Portuguese Man O’War. When the Earth’s oceans serve up such odd creatures, it’s a wonder our fictional aliens tend to be comparatively tame.

Velella on beach photo via Dan/Wikimedia Commons (CC BY 2.0)