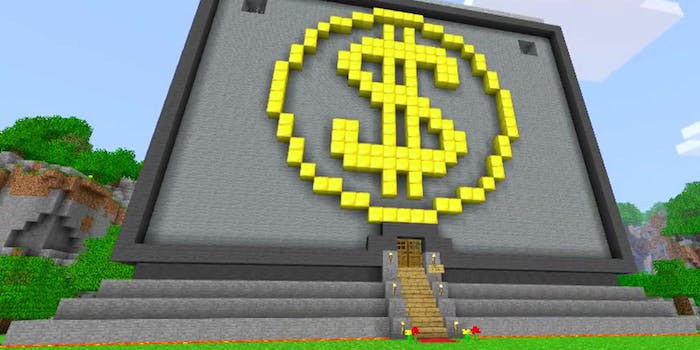 "I want people to understand is that the rules haven’t changed for the worse..."

When Notch’s studio, Mojang, announced that as Aug. 1 it would be enforcing the End User License Agreement (EULA) for Minecraft, the fear was that third parties who charge for items on their custom servers would no longer be allowed to do so. Mojang’s concern was a pay-to-win scenario taking place on some of those custom servers.

In the interview, Notch couches the change in Mojang’s rules as a good thing for some types of item sales, but reiterated his feelings on the pay-to-win question.

“The first thing I want people to understand is that the rules haven’t changed for the worse. Before you couldn’t charge for anything in the game (you could charge for access), but we’ve changed that to allow for charging for … purely cosmetic things. What constitutes cosmetic is difficult to nail down as it depends on what kind of server you’re running. In a creative server with no combat or mobs, swords are cosmetic, but in a server with pvp or enemies, they are not,” Notch told Rock, Paper, Shotgun.

Notch cited complaint emails from parents as a motivator for Mojang to take action on virtual goods policies on Minecraft servers. He also said he feels bad for businesses who have built their profit models around selling power-ups on Minecraft servers, but the EULA is being enforced to make sure these business are clear on what is and is not legal.