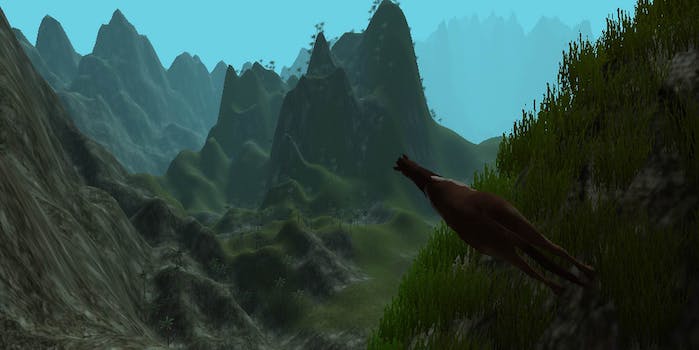 The creator of ‘Minecraft’ has made a crazy new game

This isn't the 'Minecraft' sequel you were hoping for.

Minecraft creator and legendary game designer ‘Notch’ is back, and he’s brought a new game with him. It’s not the big budget blockbuster you may have been hoping for, instead it’s an indie game parody named Cliffhorse.

Set on a cliff, the player controls a galloping horse whose objective is to chase a leather ball. The enthralling new chapter from the Scandinavian game developer is his first commercial game since Minecraft, and he claims it took only two hours to create on the Unity game design platform.

While Notch encourages donations in Dogecoin in return for the game, it isn’t actually required, and the game can be downloaded for free from the Clifffhorse website. So far, the game has raised around $100 in Dogecoin.

But despite the wacky gameplay and joke currency, there’s a serious message behind Cliffhorse. Steam’s ‘Early Access’ system that allows indie game developers to make and sell unifinished games has resulted in angry gamers outraged over paying money for games that were never completed.

Cliffhorse doesn’t guarantee any future updates, much like a lot of the projects on Steam. On the eve of E3, ‘Notch’ is clearly trying to send a message, and hopefully Valve is listening.