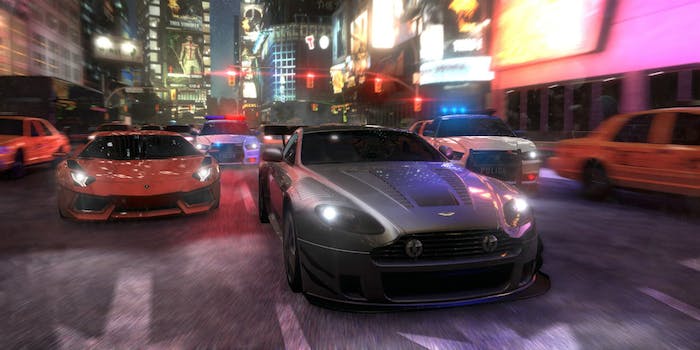 Ubisoft will not distribute review copies of The Crew before it hits store shelves.

No one will have any idea whether or not The Crew is worth their $60 when the game hits store shelves. But once reviews do come out, they’ll reflect the real user experience.

Ubisoft has announced in a post on its Ubiblog site that review copies of the upcoming car racing game The Crew will not be made available to the press until the game is released on Dec. 2. That means consumers won’t get independent feedback on the quality of the game until after it’s already out. It also means that reviewers will based their critical analyses of The Crew based on playing in precisely the same environment as their readers.

Recent events with Assassin’s Creed: Unity may inspire gamers to be skeptical of this move. It is generally felt that Ubisoft held back review copies of Unity to delay word getting out that the game didn’t live up to expectations. However, given the history of pre-release reviews of games that are heavily dependent on online functionality and the importance of online play in The Crew in particular, Ubisoft’s decision could have reasonable motivations.

The Crew does have a single player mode, but the game is largely built around a persistent, online, open world. Online play is so important to The Crew that its creative director has gone so far as to say The Crew could be looked at as a massively multiplayer online role playing game. Competitive and cooperative online races, score leaderboards, and formations of crews of players to compete against one another are the meat of the game.

When a game is largely dependent upon online play, reviewers play the game on special servers set up by game publishers ahead of the game’s release. Those reviews cannot by definition be accurate representations of what players will experience when the game is released. This problem is endemic to the video game review process.

Games in the Battlefield franchise are nowadays expected to have potentially nonfunctional online modes upon release, and no Battlefield review based on a pre-release experience can possibly account for that. Consumers are smart to wait for post-release reviews to have a true idea as to whether a Battlefield game is stable or not.

Then there’s the SimCity debacle. The game was practically unplayable upon release, and of course pre-release review scores couldn’t account for that. The situation was so bad that Polygon had to update their review score three times over almost a month as SimCity’s level of functionality changed from bad to slightly better.

By holding back review copies of The Crew until Dec. 2, Ubisoft has ensured that the game played by reviewers is precisely the same game played by gamers. Anyone who exercises the patience to not pick The Crew up on release day will be rewarded with probably the most accurate slate of reviews of an online game they might have read for quite a while.

This represents a significant risk for Ubisoft. Release day hype and opening week sales are hugely important for the long-term fate of a triple-A game. If The Crew doesn’t work as promised on Dec. 2, and consumers forget about the game in the face of a long series of bug patches, Ubisoft will pay the price.